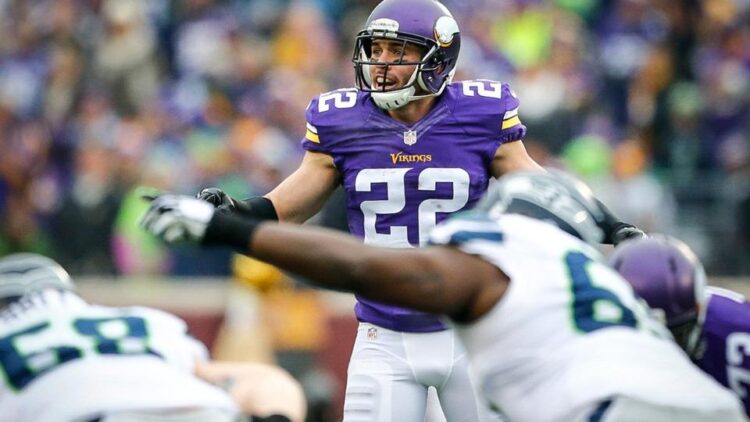 The Minnesota Vikings entered Sunday’s game against the Seattle Seahawks with a litany of injuries, and now, there may not be any room left on the bench. Anthony Barr (groin) and Harrison Smith (hamstring) left the field early in the first quarter and didn’t return the rest of the first half. Robert Blanton was injured on a hit from teammate Antone Exum, forcing Terence Newman to move from cornerback to free safety for a play. Blanton returned, but the injury bug is biting, and biting hard in Minnesota.

It’s been ugly for Minnesota, and the Vikings are down 21-0 to the Seahawks thanks to a number of mistakes on both sides of the football. Questionable penalties and injuries aside, the Vikings played their worst first half of football this season. The defense missed countless tackles, the offense couldn’t move the football, and Adrian Peterson failed to get going on the ground. He ran the football five times for just 10 yards as the Seahawks’ front seven dominated the Vikings’ offensive line.

Facing what may be their fourth loss of the season, the Vikings will need to prepare on a short week for a dangerous Arizona Cardinals team. They travel to Phoenix at the worst possible time, with the injuries piling up right before a pivotal Thursday Night Football matchup. If the Vikings lose this afternoon, they’ll be 8-4 and a half game behind the Green Bay Packers in the NFC North. Their path to the playoffs may come through one of two Wild Card spots (one of which the Seahawks currently hold).

Share your thoughts in the comments section below. The Vikings are a young, talented team, but they’ve shown they’re not “there” yet. While this season has been extremely positive on a number of fronts, there’s plenty to improve upon, including the play of Teddy Bridgewater and the offensive line.