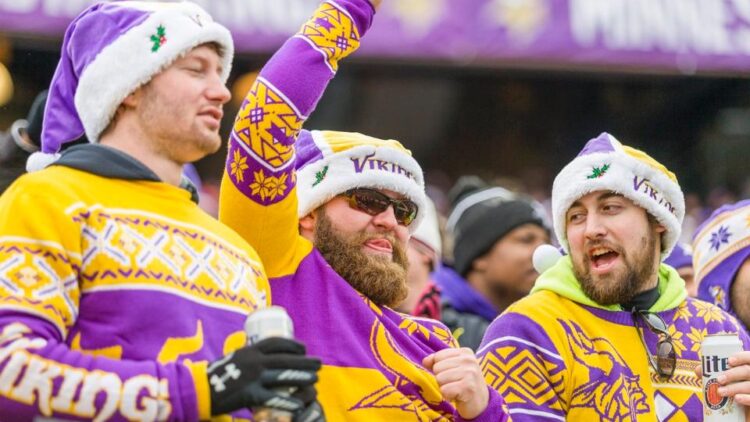 Christmas came early for Xavier Rhodes and the Minnesota Vikings defense, who will host the New York Giants — sans Odell Beckham Jr. — this Sunday night. The team’s star wide receiver was suspended for his conduct in yesterday’s game against the Carolina Panthers. Beckham was flagged three times for personal foul penalties and could have been ejected for his actions, which included pushing, shoving, and exchanging punches with Panthers cornerback Josh Norman.

The two engaged in a series of violent encounters throughout the game, with the most dangerous and brutal coming on a play that didn’t even involve Beckham. According to SB Nation, Beckham is the first offensive player to ever be suspended for a helmet-to-helmet hit:

Odell Beckham is the 1st offensive player to ever be suspended for a helmet-to-helmet hit.https://t.co/UUtUknRz1f pic.twitter.com/XSPEB7XCqM

After the game, Beckham defended his actions, telling the Associated Press that the second man to enter the proverbial boxing ring is the one who “gets caught.” While that may be true, Beckham was clearly trying to hurt Norman throughout the game and on the above play, launching himself headfirst into the defenseless cornerback. He wasn’t ejected immediately, but Jason La Canfora of CBS Sports reported after the game that the NFL was reviewing the collision before taking any further action.

Beckham has 91 catches for 1,396 yards and 13 touchdowns this season, tied for the league lead. The 2014 Offensive Rookie of the Year is Eli Manning’s favorite target, making his absence a crucial loss for the Giants (6-8) as they look to keep pace in the NFC East. However, Beckham will appeal his suspension, with a decision coming by the end of the week per Ralph Vacchiano, Giants columnist for the New York Daily News:

Odell Beckham will appeal his suspension, and the appeal could be heard as early as tomorrow. A decision on that will come by end of week.

Beckham could win his appeal and play Sunday night, but the chances are slim. Denver Broncos cornerback Aqib Talib faced a similar situation earlier this season after an eye-poking incident against the Indianapolis Colts in Week 9. His suspension was announced Monday and he appealed the ruling shortly after. The NFL moved swiftly, denying the appeal on Tuesday and barring Talib from playing against the Kansas City Chiefs in Week 10.

That’s not to say Beckham’s appeal will face the same fate, but given the NFL’s increased focus on player safety, he will likely receive the harshest applicable punishment. Vikings head coach Mike Zimmer acknowledged the incident on Monday, but had little to offer in the way of an opinion. “I watched the tape,” he said. “I didn’t see the close-up stuff of what happened.”

The Vikings, who rank eighth in total defense and seventh against the pass, can win Sunday night and clinch a playoff spot. The fact that Odell Beckham Jr. won’t be on the field is an added bonus for a unit that is finally getting healthy.