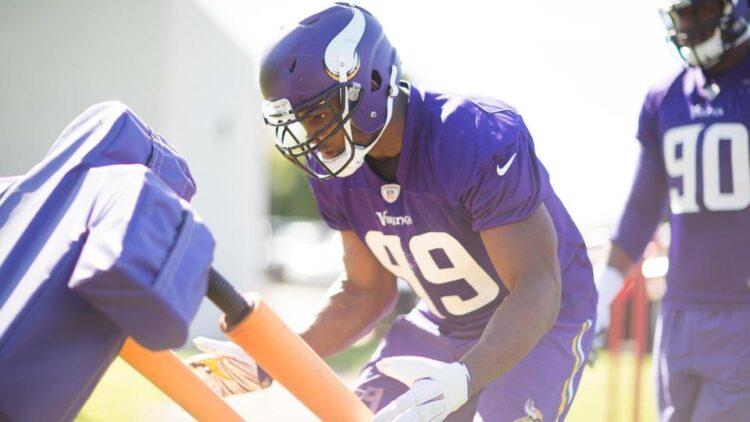 The Minnesota Vikings will be without a few key players this week when they take the field against the Denver Broncos, including wide receiver Charles Johnson and rotational defensive end Justin Trattou. Johnson left last week’s game with a rib injury, while Trattou was shaken up after suffering a foot injury against the San Diego Chargers.

Johnson’s deactivation — and the questionable status of Jarius Wright — means Vikings fans will get their first look at rookie (preseason) sensation Stefon Diggs, who is active for the first time this season. Other inactive players include:

Andrew Sendejo, who played most of the snaps at safety against the Chargers, suffered a knee injury and will be replaced by 2014 starter Robert Blanton. Blanton, according to Matt Miller of Bleacher Report, is the league’s sixth-best safety and with Harrison Smith, forms the NFL’s second-best tandem behind the Seattle Seahawks.

Given the lack of depth at wide receiver — Adam Thielen and Cordarrelle Patterson will see extended snaps — expect the Vikings to feed Adrian Peterson early and often. The Broncos currently have the NFL’s top-rated defense and will do all they can to pressure Teddy Bridgewater into making bad decisions.