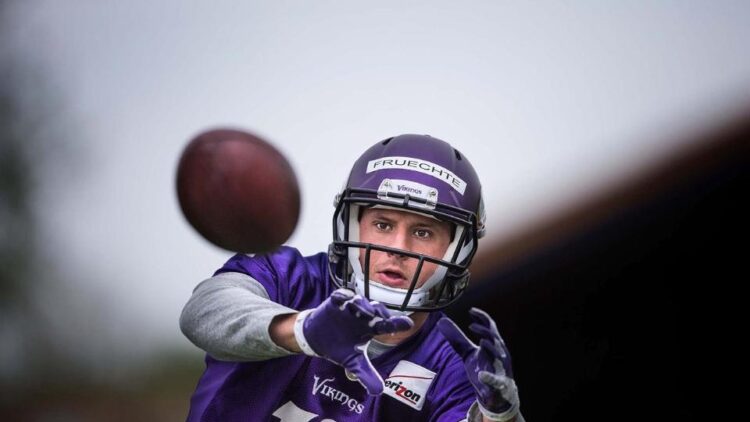 Shortly after announcing the release of WR Kain Colter and G Jesse Somsel, the Minnesota Vikings signed Isaac Fruechte, an ex-Golden Gopher and native of Minnesota. The signing brings the Vikings’ roster to 89, just one short of the NFL’s 90-man limit. Fruechte attended the Vikings’ rookie minicamp over the weekend.

While at the University of Minnesota, Fruechte played in 38 total games, starting 18 of those. In an offense that relied heavily on the legs of running back David Cobb, Fruechte was far from one of the nation’s more productive receivers. However, he hauled in 18 catches for 292 yards and a touchdown in 2014, earning the Gophers’ Wide Receiver of the Year award as a senior.

The Caledonia, Minnesota native played three seasons for the Gophers after transferring from Rochester Community and Technical College. As of today, Fruechte joins Marcus Sherels, Adam Thielen, and Carter Bykowski as Minnesota natives on the Vikings’ roster.

Below, a look at Fruechte’s Rochester CTC highlights, courtesy of the Golden Gophers’ YouTube channel:

Welcome to the team, Isaac!