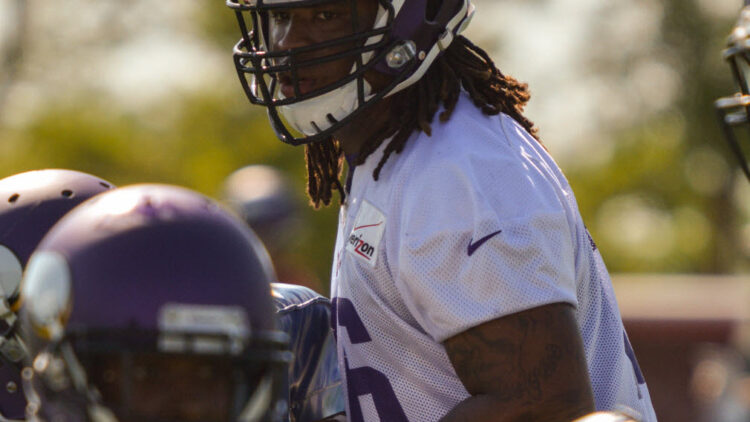 One interesting little tidbit out of the earliest days of 2015’s practices is that one Vikings lineman has not only shifted positions, but he’s now playing on the opposite side of the line of scrimmage.

Undrafted last year, Isame Faciane was signed by the Vikings and defensive line coach Andre Patterson (who coached Faciane at Florida International) said he was among the top ten percent of defensive linemen he has ever worked with.

Now, however, it will be offensive line coach Jeff Davidson who tries to make an NFL player out of Faciane, it appears.

Faciane, listed at 6′ 4″ and 302 pounds, has reportedly opened organized team activities (OTA’s) at the right guard position which is a complete switch for him.

The right guard spot has been vacated by Brandon Fusco’s move to the left side of the line. If Fusco can be as productive in his new spot as he has been on the right side, then the popular theory is that left tackle Matt Kalil will regain some of his credibility as an NFL talent.

The hole at right guard will be one of the more interesting positional battles to keep an eye on this offseason. Faciane, albeit a very long shot to be names a starting offensive lineman, joins a group of names for which there is no clear front runner. Those names include rookies T.J. Clemmings, Tyrus Thompson, Austin Shepherd and European giant Babatunde Aiyegbusi. David Yankey and Joe Berger might be considered the early favorites to win the starting job.

There is a long ways to go before that final depth chart is printed, but we’ll be sure to keep you updated on any progress regarding the process of elimination that is sure to take place at right guard.