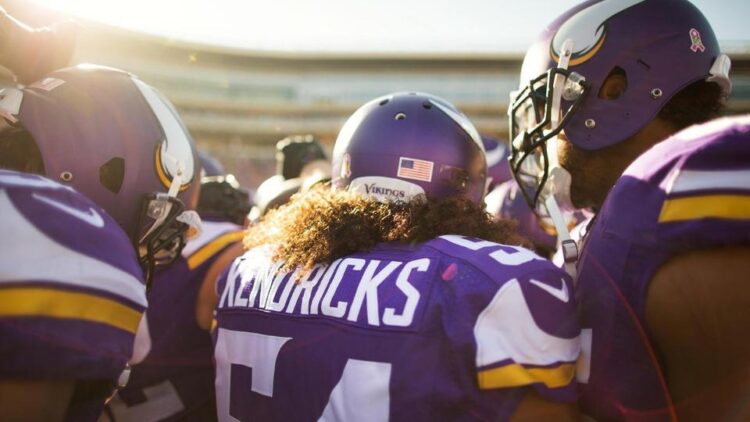 In addition to once again vying for Rookie of the Week honors, Eric Kendricks has been named NFL Defensive Rookie of the Month. During October, he tallied 20 tackles and four sacks in just three games.

Vikings fans were excited when Kendricks came in to Minnesota, and rightly so. The rookie looked impressive to start, and over the past couple of weeks he has solidified himself as an integral role in the Vikings’ defense. With Gerald Hodges now in San Francisco and Chad Greenway seeing fewer snaps this season, Kendricks is gaining more and more time on the field. You wouldn’t guess him to be a rookie, the way he has been performing lately.

Against Detroit, Kendricks notched two sacks against Matthew Stafford. Overall, he ranks second on the team with four sacks this season.

Kendricks has 35 tackles on the year (32 solo), with his most productive games coming against the Chiefs and Chargers (9 tackles each).

In receiving these honors, Kendricks is the first to be named Defensive Rookie of the Month since Kevin Williams in 2003, and he is only the third Viking to win it overall.