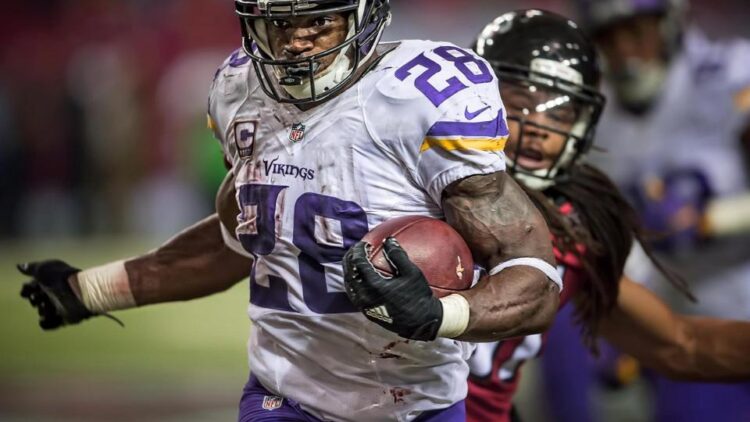 The Vikings announced Thursday morning that Adrian Peterson has been named NFC Offensive Player of the Month. Peterson received the award after wrapping up November with a 158-yard performance against Atlanta last week.

Peterson continues to lead the NFL in rushing with 1,164 yards thus far. During November, he recorded 634 rushing yards on 117 carries and five touchdowns. At 30 years old, the running back shows no signs of slowing down; the 634 yards were the most he tallied in a single month since he set a franchise record of 861 yards in December 2012. Peterson also received NFC Offensive Player of the Month honors at that time.

Minnesota’s last player to be named Player of the Month was Everson Griffen, who earned the defensive award in October 2014.