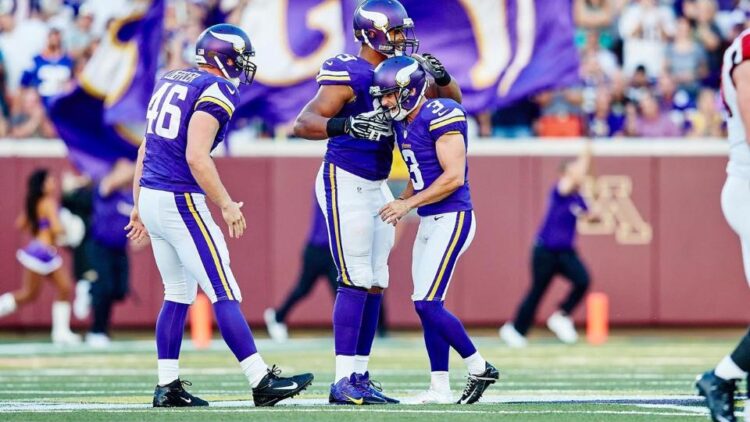 Ryan Boser did a great job outlining the draft tendencies of Rick Spielman this week, but it is my opinion that he overlooked one more: Spielman loves to pair college teammates together on his roster. That trend continued today, albeit not through a draft choice, when the Vikings signed long snapper Kevin McDermott.

The #Vikings are signing long snapper Kevin McDermott, reuniting him with his college punter Jeff Locke, a source said.

McDermott, 25 years old, was the college teammate of current Vikings punter Jeff Locke at UCLA. The Vikings, of course, drafted Locke in the fifth round of the 2013 NFL Draft and has been mostly disappointing thus far.

Originally signed as an undrafted free agent in 2013, McDermott has been a long snapper for both the San Francisco 49ers and most recently the Baltimore Ravens. He also spent some time on the Denver practice squad.

I find it absolutely unsurprising that the Vikings signed a second long snapper to their roster. In fact, I have been expecting it. Veteran Cullen Loeffler recently re-signed under a one year contract worth up to $1,050,000 and would create $300,000 in dead cap space if he were released, but he ranked as one of the worst long snappers int he NFL last season and is 34 years old.

This is clearly a case of the Vikings front office being proactive about identifying a succession plan for Loeffler, or at least starting to eliminate potential options. Only time will tell if they consider McDermott to a serious candidate in the long-term.

[UPDATE: The contract McDermott signed is for two years, which makes him even more likely to replace Loeffler sooner rather than later.