Vikings Fan Spotlight: Purple & Gold Around the World (Part I) 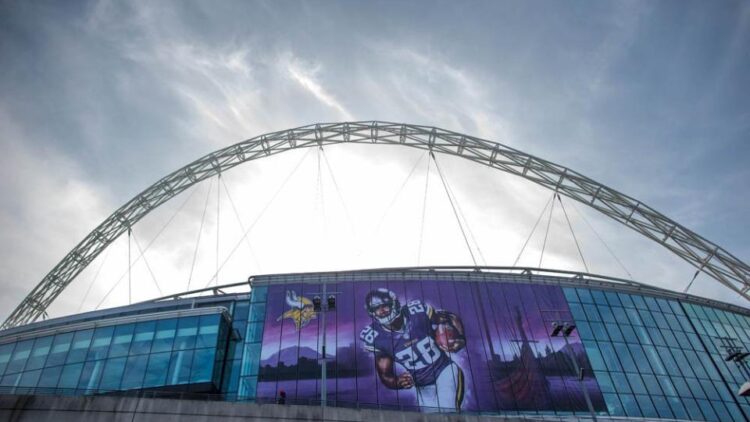 This week’s Vikings Fan Spotlight will be Part I of a 3-part series. I had such an amazing response on Twitter from Vikings fans all over the world, and I decided to break this feature into three separate parts. Q: How did you first become a Vikings fan?
A: My best friend and housemate and I used to wager household chores on any overseas sports we could find. The NFL was just becoming big on TV in Australia so I did a bit of research about the sport, watched some and was spellbound by Adrian Peterson. The rest was history.

Q: Have you been to a Vikings game?
A: Yes — in Philadelphia. We were on a month-long trip around the U.S. and had a fairly packed schedule. We arrived in Philly the day of the game, only to find it had been postponed. We were supposed to fly out the next morning to New York but managed to delay for a couple of days to get to the game. I was a bit crushed because I really had wanted to watch Brett Favre but didn’t get the chance to […] Tuesday before the game we tailgated with them, and had our first experience of moon-shine! The game itself was great and unexpected, highly enjoyable few days.

Q: Which NFL Team is the most popular in Australia?
A: Dallas Cowboys

Q: Do you own an Vikings memorabilia? If so, what is your favorite item?
A: I have a signed Brett Favre picture from his first game back at Lambeau as a Viking. (First thing I would save if there was a house fire!)

Q: How did you first become a Vikings fan?
A: First heard of the Vikings on How I Met Your Mother a few years ago, watched *that* NFC championship game they often reference and have rooted for them ever since.

Q: Who is your favorite player on the current Vikings roster?
A: I cheer loud for [Matt] Asiata. The dude has one hell of a story, and I respect how he had to come out and try to step into AP’s shoes. He made me very happy in fantasy football, too!

Q: Are there a lot of other Vikings fans in the UK?
A: No other fans around me, though I know one Bears fan who lives close by. There’s a real mix of who people support over here, but there are lots of Pats fans in the UK! Q: How did you first become a Vikings fan?
A: My uncle Angelo lives in Rochester, NY; [he is a] Vikings fan since the glorious days of the Purple People Eaters. I always heard about the Vikings from him since I was young, I grew up with the sticker of Minnesota Vikings pasted on the door of my aunt’s gym where I went every day […] I also have relatives in [Burnsville, MN] where I spent 2 unforgettable weeks during the summer of 2007. Lastly, I always supported unlucky teams, so Minnesota was my obvious choice [and] became one of my greatest passions. You can’t even [imagine] the time that I spent during the last 2 years to write and update Vikings Italian Wikipedia pages…

Q: Who is your favorite player on the current Vikings roster?
A: Teddy Bridgewater.  You know, “Theodore” is a name of Greek origin and its meaning is “God’s gift.” Romantically I like to think that Bridgewater is the gift that God gave to the Vikings to finally achieve the Damned Lombardi!

Q: Do you own Vikings memorabilia?
A: Obviously! I have a Vikings sweatshirt, a Vikings hat bought at the Mall of America in my 2007 US trip and an Adrian Peterson jersey bought online just a year ago. But without no doubt the piece I keep more jealously is this Cris Carter Vikings Starter jersey (it should be from the second half of the 1990’s), a gift from my uncle Angelo.

Q: Who should the Vikings draft at No. 11?
A: This is a 1 million dollar question. Before the beginning of the free agency I wrote an article for the forum where I suggested 4 different scenarios and explained why I think they would be a good addition for our team: the ideal pick (La’el Collins), a jolly for the defense (Shaq Thompson), the most safe pick (DeVante Parker) and the underdog (Andrus Peat). Now that free agency is in fact almost expired, I still think that they could be good name for us, but I would also add a DB. And if I know a little bit coach Zimmer, Trae Waynes could be the hottest name for our 1st pick.. That said, my hope is a trade down this year. Q: How did you first become a Vikings fan?
A: 2009 NFC Championship Game. I didn’t want the Saints to go to the Super Bowl, so I started cheering for the Vikings. We lost :'( But I couldn’t stop liking this team (and it is a mess like all the other teams I cheer for, so I think it fits).

Q: Who should the Vikings draft at No. 11?
A: I’m hoping for [Brandon] Scherff, as a immediate LG and as insurance for [Matt] Kalil, but he is probably not going to be there. So I’m expecting a trade down to the mid teens and get the BPA, like Kendricks or Parker or Thompson or maybe even a pass-rusher that falls.

Q: What are you most looking forward to for the 2015 season?
A: A great defense–with Smith, Rhodes, Griffen, Barr and Floyd solidifying as top 10 in their positions–big plays from the offense, and the playoffs. And once we reach playoffs, I think every team has a shot at the SB, and maybe this could already be our year. Skol! Q: How did you become a Vikings fan?
A: Coming from a Mexican family I was raised as a soccer fan. I played it most of my youth. Football was a sport I actually loathed as an early teen. However, my two older brothers (one blood and the other step) were the ones responsible for my falling in love with football. It was a way for me to bond with them. For the Vikings specifically it happened sort of in an odd way. My older blood brother went to a high school with the same name, logo, and colors of the Vikings. I idolized him growing up, so when he would give me his old clothes I loved wearing a purple Vikings shirt. So when I became immersed in the game it sort of naturally happened that I gravitated towards the Vikings. Plus, [Randy] Moss was still with the team and I loved watching him play. I truly believe that the Vikings helmet is the nicest and most original in the league. Laser beam sucked me right in.

Q: Which NFL team is the most popular in Mexico?
A: I was actually surprised to see the level of engagement Mexicans had with football. I would say Cowboys, 49ers, and Raiders for the most part. However, during my travels last year I did notice Browns jerseys. I assume it’s more of an affordability issue than a fan issue because let’s face it no one is a Browns fan outside of Ohio.

Thank you for reading! Make sure to connect with these Vikings fans and come back next week for Part II!