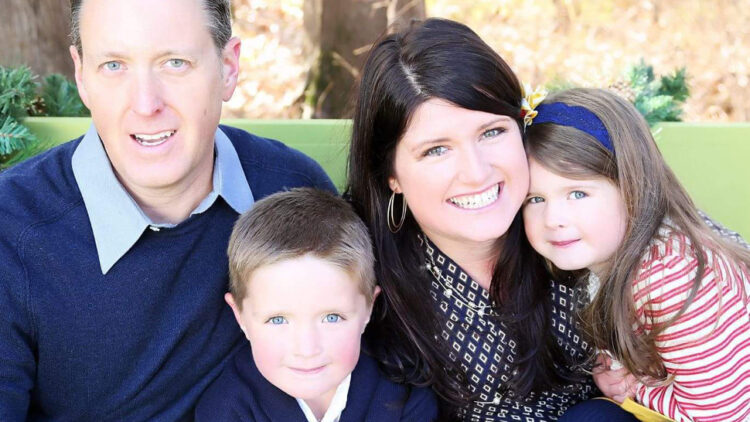 John Wolfsberger is a man of many talents and interests. I initially made his acquaintance as a fellow Vikings fan, and when I came to know more about his life outside of the football, I discovered he is a husband, a father, a firefighter and a voiceover actor.

I assumed that Wolfsberger tried one career, then transitioned to something different. I was wrong. Wolfsberger navigates the schedules and atmospheres of both jobs, and he loves each of them.

Working out of Station 7 on the East Side of St. Paul, Wolfsberger is a full-time firefighter and takes great pride in his job. He has had hundreds of calls over the years, some more memorable than others, but one day that stands out clearly in his mind happened a couple years ago.

[pull_quote_center]We received a call with a report of a house fire and a person still trapped inside,” Wolfsberger recalled. He explained that crews got to the fire extremely fast and were able to save the little girl. “The paramedics stabilized her and got to the hospital quickly. After her recovery, she and her family stopped by the station [to meet us]. It was so cool to see that she was doing great![/pull_quote_center]

His everyday job is often rewarding, but Wolfsberger doesn’t deny the intensity of it, either—which makes it that much more fun to have such a vastly different side gig.

Wolfsberger does a lot of work with various business, creating voice overs for corporate narrations or e-learning platforms. If you’ve watched an annual company training video, taken an online class, or even heard the quick-blurb commercials between songs on Pandora, chances are you may have heard Wolfsberger’s voice.

“I also have a medical and scientific background, so I enjoy doing those narrations as well,” Wolfsberger explained. “Every day, there is something new. Voiceover is really everywhere these days—radio, TV, Internet, even mobile.”

Wolfsberger explained that he often received compliments from people about his voice, and he said he’s always had the “gift for gab.” He eventually decided to combine the two, and he enrolled in voiceover classes about four years ago; next, he built a recording studio. Wolfsberger loves being able to work from his own studio—he records scripts and narrations, then sends the finished products to his clients.

“I have worked for all types of folks,” said Wolfsberger. “Video producers, YouTube advertisers, large corporations, solo entrepreneurs. It’s all about putting in tons of time marketing myself and my services and practicing my craft.”

It might seem like a lot to balance between two jobs, but Wolfsberger has mastered an ideal schedule that includes working 10-12 24-hour shifts at the fire department per month. With this type of calendar, Wolfsberger often enjoys stretches of up to five days off where he has lots of time to focus on his voiceover business and, most importantly, on his family. (Wolfsberger and his daughter at the Saint Paul fire station)

Wolfsberger met his wife Tiffany 11 years ago, and the two have been happily married since 2006. Tiffany is employed as a nurse, and the couple has a son (7) and a daughter (5). Wolfsberger is a proud dad and enjoys spending time with his kids, seeing them already sharing a love for sports.

And don’t worry, Wolfsberger also creates time for one of his other passions: the Minnesota Vikings.

Unlike some of the other fans VT has featured, Wolfsberger didn’t grow up a Vikings fan. In 1985, he moved from Seattle, WA to Sioux Falls, SD. At that point, he embraced the purple and gold whole-heartedly.

“You become a MN sports fan by default in SoDak,” he said.

Some of Wolfsberger’s favorite memories revolve around cheering for the Vikings. In college, he and a large group of friends routinely watched the Vikings/Packers games, and he said “at least half” of them were cheesheads.

“Mostly a friendly rivalry,” he said, “but the Border Battle never gets old!”

Wolfsberger has seen several top-notch athletes come through Minnesota over his 20 years of fandom, but he identified Robert Smith has his favorite all-time player. Wolfsberger followed Smith’s career in college, and he was thrilled to see Minnesota draft the running back in 1993. Smith demonstrated a lot of perseverance through both injuries and personal issues, and that character quality really stood out—and continues to do so—to Wolfsberger today.

“I also like that [Smith] always knew he wasn’t just a football player,” Wolfsberger added. “I never counted on football to be his only career. He realized that walking away when he did was the right decision—I respect that.”

Wolfsberger is rooting for plenty of current players as well, most notably Teddy Bridgewater, who is heading into his sophomore season. Although we’ve only had one year of exposure to Bridgewater, Wolfsberger feels confident about his debut and says the young QB is exactly what Minnesota has been lacking for so long.

[pull_quote_center]Bridgewater has young energy—and potential […]. I’m on the record now saying he’s a favorite early on, so if he turns into a Hall of Famer, I can say ‘I always liked that guy!’[/pull_quote_center]

Fortunately for Wolfsberger, his family also loves the Vikings and is looking forward to seeing how the team will progress during the 2015 season. He and Tiffany plan to attend a game or two at TCF Bank Stadium this year, and even the kids get into the spirit, as well.

“My son is really into numbers and math, so he enjoys keeping score,” Wolfsberger said. “I think sometimes he gets more excited than we do when the Vikes score.”

I think it’s safe to say that we’re all counting down the weeks until we can celebrate with Wolfsberger—and his family—each and every time we can add a “7” to the board. Most-played song on your iPod: “Make Some Noise” by the Beastie Boys

If you could hang out with any Viking for a day, who would it be: Brett Favre. That would make some of my friends jealous, and some of them mad!