What Went Wrong: Vikings vs. 49ers 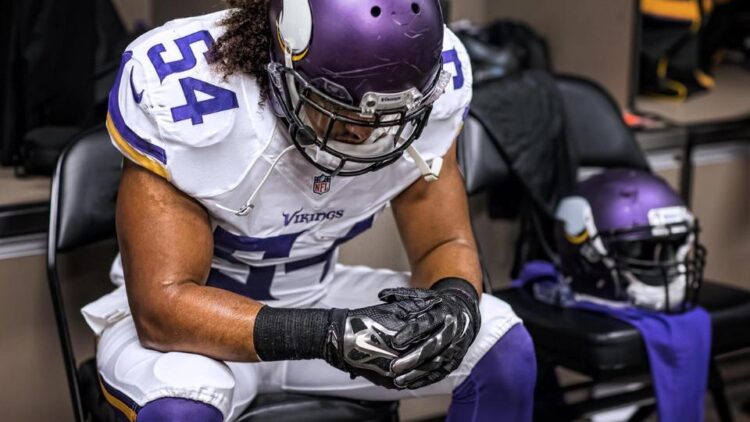 In this weekly series of articles, I’ll be breaking down what went RIGHT or what went WRONG for the Minnesota Vikings. This week, given their embarrassing loss to San Francisco, I’ll be focusing on the negatives and what the Vikings need to correct moving forward.

Watch the tape, fix your mistakes, and move forward. In the NFL, there’s no time to dwell on last week’s game. The focus is now, now, now. And now, the Minnesota Vikings are trying to put an ugly loss to the San Francisco 49ers behind them.

Teddy Bridgewater described the situation best on Wednesday, expressing the importance of learning from the team’s mistakes and shifting the focus to the Detroit Lions:

[quote_center]”Simple, I watch the tape, learn from it and try not to make the same mistakes twice. This week we’re going to fly around practice and Sunday we’re going to go out there and just play at a higher level.”[/quote_center]

Like the rest of the team, Bridgewater struggled, admitting to being “too excited” in his second-season debut. He sailed passes over receivers’ heads, missed open reads down the field, and showed signs of a quarterback affected by the threat of pressure.

The loss, however, isn’t on one man’s shoulders. The Vikings struggled in all phases of the game, and head coach Mike Zimmer called the defeat an “equal opportunity” effort. No one, from middle linebacker Gerald Hodges to running back Adrian Peterson, was spared from his criticism.

After the jump, I’ll take a look at four plays that exemplify the Vikings struggles on Monday night. They’re indicative of the night Mike Zimmer’s young team suffered through and offer valuable lessons moving forward.

Without knowing the specific play call, stunt, or the individual gap assignments of each player, it’s nearly impossible to make overarching judgements on a play. As an outsider, I won’t claim authority when analyzing specific plays. I’ll leave that to Mike Zimmer, who had this to say about his defense’s effort on Monday:

With that said, certain elements jump out when watching the film. Players failed to contain the 49ers’ stretch zone concepts, often getting reached by tackles and tight ends on the perimeter. The play below, which came with 10:26 left in the second quarter, truly encompasses every failure as expressed by Zimmer. Danielle Hunter scrapes inside, while Gerald Hodges and Chad Greenway are sealed before flowing to the edge

At the snap, rookie defensive end Danielle Hunter and Sharrif Floyd crash the gaps to their left, immediately taking themselves out of the play. Carlos Hyde, who carried the ball 26 times for 168 yards, sprints behind his lead blocker with nothing but green grass in front of him. As you can see in the screen grab above, Gerald Hodges, Hunter, and Chad Greenway are in terrible positions to take proper angles on Hyde. Simply put, the defense was doomed from the snap. Chad Greenway loses the angle on Hyde, and Andrew Sendejo is taken out with a chop block, leading to a 12-yard gain

After Hyde clears Greenway, the Vikings’ veteran linebacker sheds his block, but lacks the make-up speed to beat Hyde to the corner. Strong safety Andrew Sendejo, who earned a surprise start over Robert Blanton, is the alley defender in this situation. He flies up the field to become the force defender, but loses his footing on a cut block and allows Hyde to reach the sideline. Harrison Smith, seen on the left of the screen grab, eventually makes the play, forcing Hyde out of bounds.

The scene, as played out above, was a common theme throughout the night. Edge defenders, especially Greenway, couldn’t match the size or speed of the 49ers, and players were too easily blocked by tight ends or fullbacks. Barring any changes to the personnel on the field, these issues could easily pop up against the Lions. However, they’re easily correctable, most notably, the poor angles taken by the linebackers and defensive line.

Much was made of Adrian Peterson’s return to the field on Monday night, but the team’s star running back was average at best against the 49ers. He was admittedly “hesitant” out of the shotgun and appeared overly-aggressive in other situations. When asked about No. 28’s first game back, Zimmer didn’t seem overly concerned:

I’m of a similar mindset. Did Peterson look like the league MVP from 2012? No, and I’d attribute some of that to his adjustment to Norv Turner’s offense. With no preseason snaps and just one game under his belt since 2014, the transition back will take time. Furthermore, the offensive line did Peterson no favors. Take a look at the play below, which came in the first quarter with 5:15 left on the clock:

Right tackle T.J. Clemmings, who survived his first start in place of injured Phil Loadholt, walls off the left defensive end. Right guard Mike Harris and center Joe Berger double team the nose tackle, creating a hole in the B-Gap. Based on the blocking and the action from tight end Rhett Ellison — coming across the formation to lead Peterson up the hole — the play appears designed to go there.

However, Ellison misses his block on 49ers linebacker Michael Wilhoite, and Peterson is forced to bounce the play outside. At first, it appears Wilhoite is going to blitz the A-Gap, but sits in the hole until the snap, when he jumps inside. Once Ellison reaches the B-Gap, he either fails to see Wilhoite or doubles the defensive end with Clemmings. The mistake (or savvy play by Wilhoite) negates what could have been a productive inside run from Peterson.

The next play, which features second-year running back Jerrick McKinnon, signals more of the team’s mental errors on the ground. Though not shown, the Vikings start in an unbalanced left formation, with right tackle T.J. Clemmings lined up next to Matt Kalil on the left side of the line. Common thinking would lead teams to believe the Vikings are running left, but Norv Turner opts to run McKinnon to the weak side of the formation. McKinnon bounces outside after taking a wide first step, negating what appears to be designed blocking inside

At the snap, Bridgewater tosses the ball to McKinnon, who takes a wide first step to the right. Looking at the blocking inside, the Vikings create an alley for McKinnon, who opts to take on the free defender himself. Although an odd play from the start, the blocking looks sound and well-defined — most running backs not named Trent Richardson would take their chance in the hole. McKinnon, on the other hand, drifts too far outside and neutralizes the chance at a positive gain by involving an unblocked defender, thus leading to a one-yard gain.

In the running game, both the offensive line and the running backs were at fault against the 49ers. From mental mistakes to blocking breakdowns and poor decision-making, the Vikings were never going to match the 49ers’ massive totals with their sloppy play.

When I walked into Levi’s Stadium on Monday night, the first thing that flashed on the big screen was an advertisement for Great Clips: “If the 49ers record three sacks tonight, everyone in the stadium will earn one coupon for a free hair cut.”

“No way,” I thought. Early into the game, I knew I had thought wrong.

Bridgewater was sacked five times on the night, and though the Vikings quarterback shouldered the majority of the blame, the offensive line missed a number of blitz pickups and assignments. Mike Zimmer, when asked about his quarterback’s play, noted that the pressure seemed to get to Bridgewater early:

[quote_center]”Yeah, that’s the first time I’ve really seen him like that. Usually he’s got so much composure, but he did seem that way. I think he was – a couple times didn’t pull the trigger when he had opportunities to.”[/quote_center]

Bridgewater did miss open receivers down the field and suffered through a case of “happy feet,” losing composure in relatively clean pockets. But, he also spent much of his night on the run from free rushers. Over at 1500 ESPN, Andrew Krammer explained that four of the 49ers’ five sacks came on designed blitzes. On the play below, a sack of Bridgewater with 11:15 left in the second quarter, the quarterback’s jitters are clearly on display.

An indecisive Teddy Bridgewater panics in the face of minimal pressure, forcing himself into a sack — from both Vikings and 49ers

Although the 49ers don’t blitz, rushing just four to the Vikings’ five blockers (including Peterson), Brandon Fusco is beat off the line of scrimmage. The pressure forces Bridgewater to tuck the football instead of throwing to a relatively open Kyle Rudolph, and Bridgewater runs into T.J. Clemmings on the backside of the play. From that point on, the play is broken, and Bridgewater is crushed from behind on a play that surely scared Vikings fans tuned into the game.

Whether it was Bridgewater’s hesitation to throw the football or a breakdown at the line of scrimmage, pass protection was a low point for the offense. Unable to set a clean pocket, the offensive line failed to earn Bridgewater’s trust. In turn, Bridgewater felt pressure before it arrived and appeared rushed while reading progressions or setting his feet to throw. All in all, it was a poor performance from a unit that will need to mesh quickly against the Lions’ still-ferocious front seven.

Stay tuned for a preview of the Detroit Lions tomorrow, with more film study and play analysis.