Next Man Up: Joe Berger 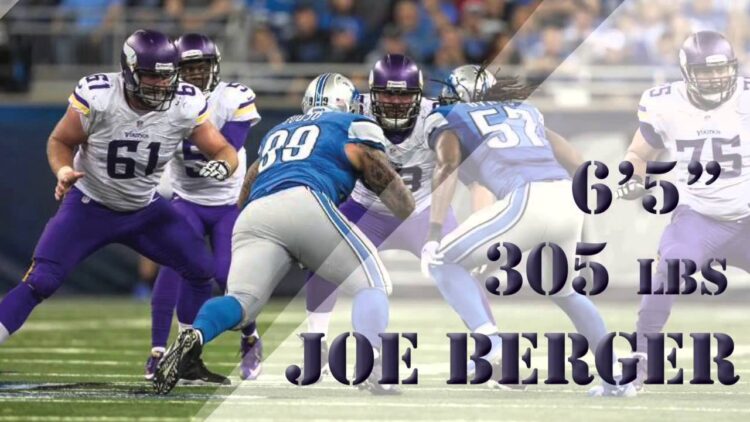 Key injuries to John Sullivan, Phil Loadholt, Sharrif Floyd and others have hit the Vikings this season, but head coach Mike Zimmer won’t dwell on it or let it change his focus.

Zimmer has had success in the past preaching the next man up philosophy, and this season center Joe Berger is carrying the torch as an unsung hero getting the job done in Sullivan’s spot.

Pro Football Focus ranked the Vikings offensive line at #14 in the league (after week 8) giving Berger the strongest mark of the unit at 83.1 (top ten in the league at the center position). One of the reasons the Vikings are grading out well is because they are a disciplined unit and one of the least penalized teams in the NFL. Berger however, had his hands full this week against the Ram’s stud DT Aaron Donald who forced Berger into two holding penalties when he previously had only been flagged for one holding call in his entire 11 year career.

Mike Harris is also another lineman deserving credit. His performance after switching from tackle to guard this season has gone relatively unnoticed, but no guard in the NFL has graded out higher over the last two weeks than Harris. The Rams have a very talented interior and Peterson still rushed for 125 yards on a day when the Vikings air attack wasn’t clicking.