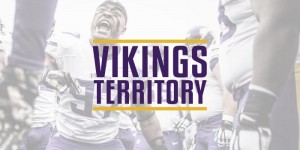 The Vikings have signed DeMarcus Van Dyke, according to Rand Gettlin at Yahoo! Sports.

The #Vikings have signed speedy CB DeMarcus Van Dyke to a one year deal, per a league source.

Van Dyke is largely known for his speed, as Gettlin alludes to, having had run a 4.25 40-yard dash at the NFL Combine in 2011 (officially a 4.28). This isn’t quite a Josh Robinson, however, as Van Dyke is not as physically adept overall as Robinson, with a low vertical and a bad weight for a CB (on the other hand, he isn’t short).

The weight and speed both come from a track background, where he was more committed to running track than football, though he wasn’t bad at Miami (FL) as a football player. He recorded two interceptions his senior year. He only returned one kick at Miami (unusual for his speed) for 26 yards.

That obviously isn’t the entirety of his contributions, but it does put his physical talent into some perspective. Van Dyke, like Josh Robinson, was picked in the third round though this time predictably by the Oakland Raiders and lasted a year on their roster. He was released on September of the following year after making it through training camp, where the Pittsburgh Steelers picked him up. There, he stayed on the roster until he was waived with an injured designation on the cutdown to 75, and put on injured reserve until he reached an injury agreement with the Steelers.

After that, he signed with the Kansas City Chiefs and remained on their roster on a one-year deal before the Vikings signed him just now, to another one-year deal.

The NFL.com draft profile had this to say:

Van Dyke is blessed with great speed and good height for a corner. Track athlete who can recover when beat and shows good burst to the football. Does a good job defending the deep ball with his length and straight-line speed. Is a good tackler in the open field. Hard-working and durable.

Overall defensive back skill set needs polish. Is not overly fluid when asked to turn and run or stick with savvy route-runners. Will drift from his position in zone coverage. Not a real playmaker in terms of coming down with the INT. Not very productive when coming up in run support.

Van Dyke is a developmental sub-package defensive back prospect due to his track speed and height. Can do some good things in deep coverage and can recover but isn’t sound in zone or underneath man coverage. Can make some plays on the ball but isn’t going to rack up the interceptions. Is not physical when coming up to support the run. Isn’t comfortable playing in a crowd but does break down well in space. Van Dyke was a dual-sport athlete at Miami (track) and has worked hard on the gridiron but only carries a mid-to-late round grade.

From Mike Burke at the Bleacher Report:

One of the biggest doubts about Van Dyke is his size.  At 6’1″ and 176 pounds, no one is worried about his height.  Instead, his skinny frame is a big concern.  He clearly has the speed to run with receivers down the field, but he doesn’t have the bulk to step up and take on larger running backs around the league.  Also, when backs have a blocker out in front of them, he has trouble shedding blocks and gets overpowered quite easily.

Larger receivers will also have an advantage on Van Dyke and can use their frames to box out on him.  Van Dyke has long arms in which he has relied on heavily in his college career to break up passes at the last second.  However, this isn’t a technique that should be relied on too heavily at the next level.

Van Dyke didn’t put together a career at Miami that has him being a first- or second-day selection.  Instead, he is projected as a late Day 3 player.

His athleticism is very good and I think that is what intrigues teams the most.  Teams that are interested in drafting him know that he’s not going to start as a rookie.  Instead, teams hope that they work on his technique to pair it with his athletic ability and turn him into a starting caliber type player, maybe more of a nickel guy.

The Raiders were the only team to put him on the field, and he was terrible (and according to Silver and Black Pride, soft). He only gave up a 70.1 passer rating (two touchdowns to one interception) and was league average in cover snaps per target (perhaps because his partner, Stanford Routt, was terrible). He ranked 16th of 111 in yards given up per snap in coverage, though it was not significant snaps in coverage (194) and often rotational (he started a few games).

Here’s a good piece from S&B Pride from training camp before he was cut.

Last week, defensive coordinator Jason Tarver called out Van Dyke’s play in the game versus his play in practice.

This Statement resonated with the second year corner.

“It’s my second year so I can’t really talk about what happened in years past.” Said Van Dyke. “Coach JT is trying to get us right for the game and he’s doing a great job with it right now.

“You know, I’ve got to pick it up. I’m not satisfied with how I’ve been playing. I haven’t been playing like I thought I was supposed to be. But it’s a process, it’s game by game, preseason games. So hopefully this game I’ll come out and play good.

Probably a good signing as a camp body, and definitely has the potential to earn a rotational spot if he can avoid injury. All in all, better than most offseason camp body signings, even if it amounts to nothing.