One Way Or Another, Adrian Peterson Return Will Be Story Of The 2015 Offseason 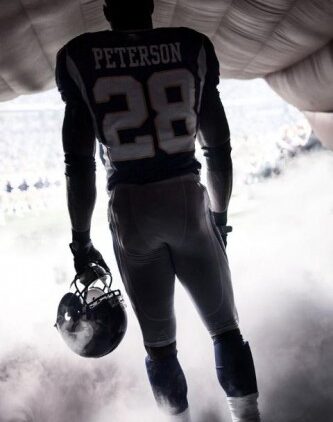 Mike Zimmer had a nice and tidy post-season presser that didn’t make too many waves.

He is proud of what they’ve accomplished.  He wants to see improvement.  He is humble in front of the cameras.  He has a plan to get Cordarrelle Patterson up to snuff.  He respects Chad Greenway.  He’s taking a little time off before getting started on his 2015 preparations.

One of the unavoidable topics brought up, however, is one that will largely shape this offseason for the Minnesota Vikings and greatly impact Zimmer’s plans for 2015.

When asked about the possibility of an Adrian Peterson return next season, Zimmer stated exactly what we would expect him to state.

Zimmer then said some words that caught the eye of those expecting an offseason trade.

“I think he would add value to any team, to be honest with you. I think the kid’s a heck of a football player.”

Zimmer later indicated that him and G.M. Rick Spielman have not yet discussed all of the issues surrounding Peterson and a potential return or trade.  If that is true, then Zimmer may not even be in the know about what the organization’s plans for Peterson actually are.

I see the Wilf family as savvy investors by nature and for that reason I think the biggest part of Rick Spielman’s job this offseason will be to get a return on Adrian Peterson.  That return might be in the form of a, well… return.  But, it might also be in the form of draft picks via the trade market.

Peterson is scheduled to make $12.75 million next season and will carry a cap hit of $15.4 million.  He is fairly easy, financially speaking, to part ways with if the team wants that, but don’t expect them to simply cut their losses and release him.  Five months ago he was the organization’s most valuable asset and they would be foolish to sell this particular stock at its lowest.

A pay cut seems like an attractive option to those hoping he stays in Minnesota, but it is unknown if Peterson would be open to decreasing his salary.  It is equally as unknown just what type of package could be offered for a 30 year old Peterson who is no longer one of the NFL’s “good guys.”

According to Spotrac, Peterson is slated to be the highest paid running back in the NFL (not counting any new contracts coming up) and it isn’t really even close.  Peterson clocks in at $12.75 million with LeSean McCoy coming in second with a scheduled salary of $9.75 million.  In third place, and at almost half the price of Peterson, is Chicago’s Matt Forte who will make $6.65 million.

Peterson is scheduled to be the ninth highest-paid player of 2015 and the eight ahead of him are all quarterbacks.

With the situation being what it is, I do find it hard to believe that Peterson stays in Minnesota without taking that pay cut.  If he is traded then it is hard to gauge the potential compensation the Vikings could receive.

In 2010, Buffalo dealt troubled running back Marshawn Lynch to Seattle in exchange for a same-year fourth rounder and a next-year conditional pick (5th rounder).  That was all Seattle had to put together to win a bidding war, which included Green Bay and Philadelphia, and acquire a 24 year old Beast Mode.

Philadelphia was able to get a 30 year old Darren Sproles this last March in exchange for a fifth round draft pick.  Then there was the bogus Trent Richardson to Indianapolis trade that gave Cleveland yet another first round pick to waste.  In recent years, attempts to trade the likes of Steven Jackson and Chris Johnson were unsuccessful by their respective teams.

Peterson is uniquely talented and uniquely “toxic” from a P.R. standpoint.  Rick Spielman, who got the Vikings a first rounder and then some for Percy Harvin two years ago, has his work cut out for him trying to weigh all of the possible options.  For the first time in #28’s career, his translation to draft picks and cap savings might be better value to the Vikings.

One way or another, however, he has to make sure Adrian Peterson makes the 2015 Vikings a better team.