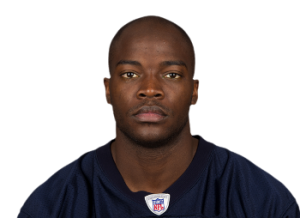 This morning, the Vikings agreed to a one-year deal with ex-Bears cornerback Zackary Bowman. Bowman, 27, has been in the NFL for four seasons but has not been a starter for all of them. In fact, the ‘veteran’ cornerback has only started in 16 games (playing in 46 total). His best stint was during the 2009 season when he managed to grab six interceptions.

While Bowman wasn’t a starter in Chicago, that doesn’t mean he won’t be with the Vikings. With the Vikings depleted secondary, it’s likely that Bowman could see a good amount of playing time. Overall, though, this move seems to be more about adding depth at a position of need and hoping to find value in a young player (it is a minimum deal with no guaranteed money).