The Vikings can feel a little better this week knowing the NFL’s four best teams are remaining in the quest for the Lombardi Trophy — Philadelphia and San Francisco in the NFC and Kansas City and Cincinnati in the AFC.

Presumed contenders such as the Bills and Cowboys have been sent packing, and 2022 upstarts, including the Giants, Jaguars, and yes — the Vikings — can now ponder what it will take to reach the NFL’s promised land of the Super Bowl.

For the Vikings, it’s pretty obvious. Build on the offensive success, get healthy and improve on the offensive line, get the defense fixed under a new coordinator with more contributions from the injured 2022 draft class and incoming 2023 draftees along with a few free agent additions, make several astute salary cap moves and fine-tune the entire football operation in Kevin O’Connell’s upcoming second season.

It’s nice to work from a position of relative success after an overall excellent first regular season with a much better-than-expected 13-4 record that produced the franchise’s first NFC North title since 2017. The playoff loss to a Giants team they should’ve beaten at home will be a motivating factor in driving the team forward. But a tougher schedule (as a first-place team in the division) and an improving NFC North will make it challenging to repeat as division champs, while the overriding goal must be doing what it takes to get to and win the Super Bowl.

Here’s what the road map looks like for O’Connell and GM Kwesi Adofo-Mensah:

1. Improving the 31st-ranked defense is a top priority, and it starts with O’Connell hiring an excellent defensive coordinator.

All it takes is looking at the four teams in this Sunday’s conference championship games to know that while a great defense, such as the No. 1 49ers or No. 2 Eagles, would be terrific to have, even a slightly above average defense, such as the Chiefs (No. 11 ranked) or the Bengals (No. 16) can lead to a championship when accompanied by a top offense (such as the No. 1 Chiefs and No. 8 Bengals have, and the Vikings also have in place with their seventh-ranked offense).

2. Get the salary cap in order through strategic cuts and contract restructures: there are many tough decisions upcoming before the 2023 league year officially begins in mid-March, as the Vikings will need to trim an estimated $13 million off their Top 51 player calculation. That will be easily accomplished with an extension for Kirk Cousins to lower his cap hit from the current amount of $36 million.

Several players with big salary cap numbers will either be released or have their contracts restructured for cap relief. Harrison Smith, Brian O’Neill, and Adam Thielen likely will be restructured, and others, such as Dalvin Cook and Za’Darius Smith, could be restructured, traded, or released. Jordan Hicks will most likely be released to save $5 million, with second-year man Brian Asamoah ready to start at inside linebacker.

3. Get J.J. signed long-term: this will be a top priority for Adofo-Mensah after Justin Jefferson’s All-Pro season. He will become the league’s highest-paid receiver at over $30 million per year, but with a big signing bonus spreading out the cap hit, he should come in with a manageable cap number around $15 million in 2023.

4. With some money available after the restructures and cuts, the Vikings must hit free agency to add some veteran help on defense and possibly re-sign a few of their own free agents, such as DT Dalvin Tomlinson, running back Alexander Mattison (if Cook is traded or released), kicker Greg Joseph and tight end Irv Smith Jr. who would make a nice pairing with T.J. Hockenson if he is affordable.

Among other pending free agents, corner Patrick Peterson may or may not return depending on the coaching staff’s view of his value after an up-and-down season, and free agent-to-be center Garrett Bradbury played better before his back injury and could be brought back if he’s not too pricey. Backup QB Nick Mullens is expected to return, as is special teams ace and backup corner Kris Boyd, along with Pro Bowl long snapper Andrew DePaola. Slot corner Chandon Sullivan is a free agent who should not be re-signed.

As always, March and April will be tumultuous on the contract front for the Vikings and all NFL teams.

Around the NFL Observations from Divisional Playoff Weekend & a look ahead to conference title games:

1. Bengals QB Joe Burrow has moved up to No. 2 in the quarterback pecking order in my view, and he’s pushing Patrick Mahomes for the top spot. Burrow was masterful with his quick passing as he was missing three starting offensive linemen in Buffalo. Yet he threw for 242 yards and 2 TDs and added 31 rushing yards in a steady snowfall as he outplayed Josh Allen, and the Bengals won their 10th straight game.

Burrow is 3-0 against Mahomes and the Chiefs, including last year’s AFC title game in K.C. With Mahomes dealing with a sprained ankle this week (that he says he’ll play with), I’m picking Burrow and the Bengals in the late game Sunday.

2. What a great matchup in the NFC Championship. It should be a slugfest with the league’s top two defenses trying to slow two top 5 offenses. The 49ers D had two interceptions of Dak Prescott and held the Cowboys to 76 rushing yards in the 19-12 victory last Sunday. Niners QB Brock Purdy threw for only 214 yards but didn’t turn it over as he won his seventh straight start. It was San Francisco’s 12th straight win.

I think San Fran wins a close game in Philly as the 49ers D will contain QB Jalen Hurts, and the Eagles offense and the 49ers offense will do just enough to get the win. I see Robbie Gould kicking the game-winning field goal. Makes sense — he’s perfect in his playoff career (29 of 29 field goals and 38 of 38 PATs after making all five of his kicks in the win over Dallas). 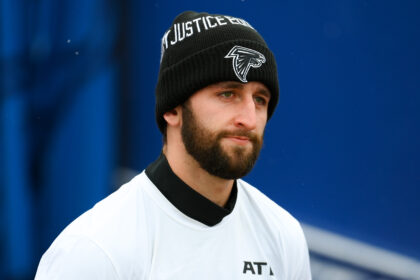