Playoff time is my favorite time of year on the NFL calendar. The most memorable games during my NFL front office career came in the playoffs.

In my Vikings years: beating the Rams in the NFC title game to go to the Super Bowl in my rookie season. The 1987 playoff run with the NFC divisional playoff win over top-seeded San Francisco with Bill Walsh, Joe Montana, Jerry Rice, and Ronnie Lott.

Or perhaps it was with the Titans in the Music City Miracle wild card victory over the Bills, followed by winning the AFC title game in Jacksonville to go to my second Super Bowl.

We know this has been the most exciting regular season in Vikings history. We also know a first-round loss to the Giants would be a major downer for the 13-4 Vikings and their fan base. It will be a sad but acceptable result if the Vikings can beat the Giants, then play well yet fall short in San Francisco next round — against a team I consider the league’s best going into the playoffs.

It’s certainly not going to be easy against the G-Men, who took the Vikings to the final play before Greg Joseph’s club-record 61-yard field goal won it just three weeks ago. I expect a similarly close game this Sunday in a matchup with plenty of talented players on both teams.

Here are my keys to the Vikings beating the Giants and advancing to the NFC Divisional Playoffs:

1. Win the turnover battle. The Giants don’t turn it over much (only 16 times, second fewest in the NFL), but they also only forced 19 turnovers (25th). The Vikings had a plus-two advantage last time, which was a key to the win, so it’s critical not to turn it over this week (we’re talking to you, Kirk and Dalvin) and force a couple.

2. Get the running game going with a revamped O-line and hang onto the ball, Dalvin: it will be a challenge for the Vikings offensive line with top tackle Brian O’Neill out and center Garrett Bradbury trying to return from his back injury. But the Giants rank No. 27 against the run.

Vikings Coach Kevin O’Connell admitted after the Week 16 game with the Giants that he should’ve called more running plays as Cook and Alexander Mattison had only 18 carries between them for 81 yards (a 4.5-yard average). Cook is a 1,000+ yard rusher once again and played in every game for the first time. He needs 20-plus touches, including several screens, but he’s lost fumbles in three of the last five games, so that must not happen in the playoffs, where turnovers are even more costly.

3. Emphasize the quick/short passing game to keep the heat off Cousins: it’s good that Blake Brandel is expected to return from IR to provide depth or possibly start at right tackle, but Oli Udoh probably will get the start as he did last week in Chicago. O’Neill did a great job on fifth-overall pick Kayvon Thibodeaux last time, but Udoh or Brandel will likely not fare as well if Cousins holds the ball and is doing any seven-step drops. Same thing inside for Bradbury or Chris Reed, along with guard Ed Ingram against Pro Bowl defensive tackle Dexter Lawrence who was a problem in the last meeting (6 tackles, 1 QB hit, and several pressures).

So, Cousins must get the ball out quickly with wide receiver screens and short passes to Justin Jefferson, K.J. Osborn, Adam Thielen, and to his two tight ends — Pro Bowler T.J. Hockenson and Irv Smith Jr. (the Giants have allowed a 115 passer rating on throws to tight ends, fifth-worst in the league).

The Giants are keen on matching up better with Hockenson this week after he torched them for 13 catches, 109 yards, and 2 TDs. Starting safety Xavier McKinney missed that game, and he’ll be among those tasked with containing Hockenson, who Giants Coach Brian Daboll said “killed us.” Jefferson also had a big game with 12 receptions for 133 yards and the TD catch that put the Vikings up 24-16. Giants starting corner Adoree Jackson also missed that game and is hoping to return this week. J.J., as usual, will attract double coverage, which didn’t stop him last time against the Giants.

4. All hands on deck to pick up the blitz-happy G-Men: New York’s 45% blitz rate tops the NFL. Cousins did a great job standing in and taking hits, delivering plenty of big plays in the earlier meeting. He was sacked four times and absorbed 11 QB hits, and that was with O’Neill in the lineup. O’Connell has talked this week about needing his tight ends, backs, and receivers to pitch in and help block the Giants pass rushers who come from all over. But there should be opportunities for some big plays against the blitz with screens, quick passes, and draw plays.

5. Contain Barkley and Jones: Saquon Barkley is a Pro Bowler with 1,312 rushing yards to rank fourth in the NFL. He had 10 TD runs, including the 27-yarder against Minnesota in Week 16 that was followed by a Daniel Bellinger two-point conversion. Barkley also is a fine receiver, with 57 catches for 338 yards. The Vikings front seven will have their hands full containing him and the running of QB Daniel Jones (708 rushing yards and 7 TDs).

Barkley rushed for a six-yard average and caught 8 passes for 49 yards against the Minnesota D. Jones had his second-best passing game of the season with 334 yards and 1 TD, with Patrick Peterson picking him off once. It’s the first playoff game for Jones, Barkley, and most of the Giants, as the team’s last playoff appearance was in 2016.

6. Danielle and Z must play great and keep the heat on Jones: The Vikings D must be aggressive in pass rushing with timely blitzes while not allowing Jones to escape when pressured, but Hunter and Za’Darius Smith are the keys. The Giants have allowed 49 sacks, the fifth most in the league. Hunter had two sacks, and four QB hits last time as he matched up with shaky tackle Evan Neal. Smith did not play against the Bears, which was good because he says his knee is feeling much better. The Vikings need him to play as he did early this season when he was among the NFL leaders in sacks and pressures.

7. Cover the Giants receivers much better than last time: it was a shaky day for the secondary as they allowed an average group of receivers to get open too often. Jones picked on Chandon Sullivan and Duke Shelley and will be coming at them again. Even Pat P had a rough outing, allowing a TD and a two-point conversion. They’ve got to tighten up the coverage on Richie James, Isaiah Hodgins, and Darius Slayton, along with tight end Daniel Bellinger, who caught the game-tying two-pointer. Harrison Smith has been limited in practice this week with a knee problem, and they need their best safety in the playoffs.

8. Keep the better kick coverage from the Bears game after having problems in Green Bay. And Joseph must be on his game as his counterpart Graham Gano is having a great season with only three missed field goals.

Jeff’s Prediction: The Vikings are a three-point favorite in their first home playoff game since the momentous 2017 Minneapolis Miracle victory over the Saints. The Giants will find U.S. Bank Stadium even louder than three weeks ago in the exciting playoff atmosphere. The Vikings are 8-1 at home, tied for the league’s best record.

I see another game with plenty of offense from both teams, and it should come down to the wire with Joseph hitting the game-winner once again for a 30-27 win.

1. I think it’s a fascinating group of playoff QBs this year, and I put in several categories: 1. 1st playoff start for seven QBs: Jones, Brock Purdy, Justin Herbert, Trevor Lawrence, Geno Smith, Tyler Huntley (with Lamar Jackson out for the Ravens) and Skylar Thompson (with Tua out in Miami); 2. Need to prove it on the big stage with a long playoff run for four QBs: Cousins, Dak Prescott and Jalen Hurts; 3. The young elite who have won in the playoffs and want to do it again: Patrick Mahomes, Josh Allen & Joe Burrow; 4. The GOAT: Tom Brady.

2. Here are my other wild card weekend picks: 49ers win big over Seahawks; Chargers beat Jaguars in a close game; Bills stomp the Dolphins with no Tua (happy to hear Damar Hamlin is back home in Buffalo recuperating); Bengals beat the Lamar-less Ravens, and the Cowboys eliminate Brady and the Bucs. 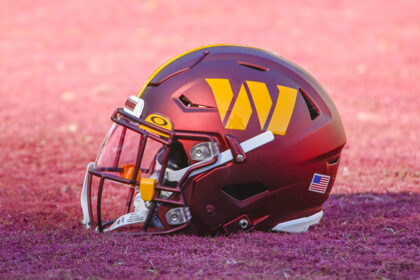 Also Read:
Former Vikings Coach Gets the Ax in Washington