The Minnesota Vikings decided that they will indeed not move forward with Ed Donatell at defensive coordinator into the 2023 NFL season. That means, for the second year in a row, they will be searching for a new DC. Perhaps the Vikings could look back to 2022’s candidates in order to find their coordinator for 2023, though. Here are three that could be in the running once again.

Especially if Mike Pettine does stick around in Minnesota, Anthony Weaver becomes an intriguing candidate for their defensive coordinator job. Most recently, Weaver has spent the previous two seasons with the Baltimore Ravens as a defensive line coach, and he was the assistant head coach during 2022 under John Harbaugh, but that only happened after he was a finalist for Minnesota’s DC job last year.

As for Weaver’s connection with Pettine, though, the two of them spent time together in Cleveland for 2014 and 2015. In 2014, Cleveland’s defense ranked ninth in the NFL in scoring before the wheels came off in 2015. O’Connell was actually the quarterbacks coach for Cleveland in 2015 as well, giving another connection.

Weaver has just one year of defensive coordinator experience, doing the job for the Houston Texans in 2020, but he also has seven seasons of playing experience prior to becoming a coach.

Like Weaver, Sean Desai was a finalist for the job in Minnesota last season before it was given to Ed Donatell. Then in 2022, Desai was an assistant head coach for Pete Carroll and the Seattle Seahawks.

Prior to that, Desai was the defensive coordinator for the Chicago Bears in 2021 and was a part of three separate head coaching tenures with the Bears. The continuity in his status with that franchise speaks volumes of his reputation with players, and there’s a reason he was considered for the Vikings job in 2022.

Aubrey Pleasant was the first candidate to interview for the Vikings defensive coordinator position last winter, and he should get another if he so pleases to have one. He has spent the past two seasons in Detroit as the defensive backs coach, and while he was let go during the season, he quickly got a job to conclude the year on the offensive side of the ball with the Green Bay Packers.

Pleasant worked with O’Connell in LA, and despite not hiring him last offseason, the Vikings head coach claimed that Pleasant would one day be an NFL head coach. This offseason, maybe O’Connell can put his money where his mouth is by hiring the up-and-coming coach. 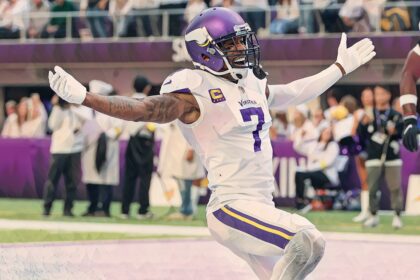