Will GM, Coach hiring’s pick up this week including the Vikings? 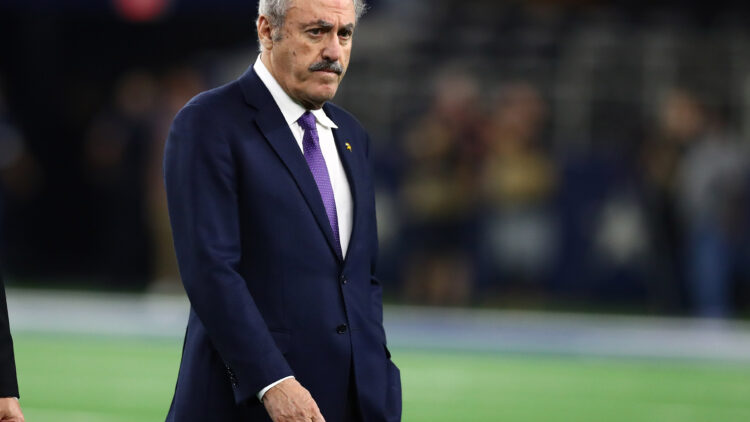 It’s been two weeks since Black Monday and we’re in the midst of a surprisingly slow hiring cycle of new GMs and head coaches in the NFL.

As a thrilling divisional playoff round concluded on Sunday with the fourth straight walk-off win, this time by the Chiefs and their magical QB Patrick Mahomes (more on that below), it’s amazing to me that out of the four GM openings and eight head coach vacancies, as of Monday only the Giants have made a hire in new GM Joe Schoen, formerly the Bills assistant GM.

I expect the hirings to pick up significantly this week with only four teams remaining in the Super Bowl hunt. The Vikings are honing in and could finalize their new GM late this week after they conduct in-person interviews with at least two of the finalists—Chiefs Executive Director of Player Personnel Ryan Poles and Browns VP of Football Operations Kwesi Adofo-Mensah. Poles also is reportedly under strong consideration for the Bears GM job so Minnesota owners Zygi and Mark Wilf may have to step up quickly if Poles is their first choice.

After already doing initial interviews with eight candidates each for GM and head coach, the Wilfs have said they will hire the GM first and give he or she input in the head coach selection.

Hopefully by next week, we’ll know who will be leading the 2022 Vikings on the football side and then it will be down-to-business as the new hires fill out their support staffs and begin the critical process of evaluating the current roster and factoring in salary cap numbers, beginning with their QB currently carrying a $45 million cap number for next season—Kirk Cousins. Also high on the priority list will be deciding how to handle star defensive end Danielle Hunter’s contract situation as he comes off a torn pec that cost him 10 games last season and he has an $18 million option bonus due on March 18.

Free agency and the draft will be other immediate priorities as there will never be a dull moment for the new GM and head coach once they climb aboard.

This is why the drama-filled NFL stands tall as the most popular sport in America. There has never been a playoff weekend with four games that were decided on the final play as occurred in the divisional round.

The first three games were won by road underdogs. Cincinnati and Joe Burrow overcame nine sacks and rode the prolific leg of rookie kicker Evan McPherson who booted four field goals including the 52-yard game winner. McPherson was a fifth round pick by the Bengals. Sound familiar Vikings fans? Yeah, Minnesota drafted Daniel Carlson in the same round in 2018, only to have Mike Zimmer impatiently cut him after several misses in Lambeau in his second start and Carlson moved on to the Raiders where he is now one of the league’s best kickers.

On Saturday night in snowy Green Bay, the 49ers looked beaten until a blocked punt for a TD with 4:50 remaining tied the game and after a stop by their stout defense, the Niners drove to set the stage for Robbie Gould’s clutch 45 yarder as time expired.

Could that be the end of Aaron Rodgers in Packerland? The Vikings and their fan base can only hope so but I tend to think he’ll have one more year to get the Pack to the Super Bowl before he heads to free agency and a new locale. But it wouldn’t be a shock to see the arrogant and egocentric Rodgers move on.

Sunday’s games were equally exciting. The defending champion Bucs trailed the Rams 27-3 before Tom Brady led one of his patented rallies to tie it up 27-27. Then in shades of how the Vikings had terrible coverage on the NFL’s leading receiver Cooper Kupp in their Week 16 loss, Tampa Bay’s defensive coordinator Todd Bowles blitzed Matthew Stafford and allowed Cupp to get open deep as he easily beat the single coverage of a safety (former Gopher Antoine Winfield Jr) for a 44 yard gain to set up Matt Gay’s 30-yarder to send the Rams back home for the NFC title game next Sunday.

In the aftermath of the Bucs defeat, the rumor mill started churning that Brady may retire. After a 13 win season in which he threw for 45 TD passes and 5,316 yards and likely will finish second to Rodgers in the MVP voting, I’d say there’s no way Brady packs it in now.

Surely the Chiefs-Bills highly anticipated matchup couldn’t top what we’d already seen in the three prior divisional round games? Well it absolutely did as the NFL’s best young QBs Patrick Mahomes (378 passing yards, 3 TDs, 69 rushing yards) and Josh Allen (329 passing yards, 4 TDs, 68 rushing yards) had a duel for the ages. Back and forth the teams went as an incredible 25 points were scored in the last two minutes of regulation.

After Gabriel Davis hauled in his playoff record fourth TD reception to put the Bills ahead 36-33 with 13 seconds left, Mahomes beat an exhausted Bills defense on pass plays covering 19 yards to Tyreek Hill and 25 yards to Travis Kelce to set up Harrison Butker for a 49 yard field goal to tie the game (really Leslie Frazier—Bills defensive coordinator and former Vikings head coach—you wouldn’t double cover Hill and Kelce with 13 seconds left?). When K.C. won the overtime coin toss, you knew Mahomes would immediately lead them to the winning TD which happened on an 8-yard corner route to Kelce.

Looking ahead to AFC-NFC Championship weekend:

My teams participated in six conference championship games during my NFL career, winning two and losing four. I always thought these title games were the most pressure-filled of any in the playoffs, more so than even the Super Bowl because at least you made it to the big game if you won the NFC or AFC title. I lost two Super Bowls but the toughest loss of my NFL career was the infamous 1998 NFC title game that our 16-1 Vikings lost to the Falcons in OT.

The 49ers have amazingly beaten the Rams six straight times. I think that streak ends this Sunday with Aaron Donald, Von Miller and Company forcing a couple Garoppolo turnovers as L.A. wins 23-20 and moves on to the Super Bowl in their home stadium.

2. Bengals at Chiefs: Mahomes vs. Burrow, another AFC top-QB matchup. Kansas City is the big favorite and I think Chiefs pass rushers Chris Jones and Frank Clark will dominate the shaky Cincinnati O-line that was worked over last week.

I expect the unflappable Burrow and his excellent receivers to still make plenty of big plays after Allen was successful against the K.C. secondary last week (but excellent safety Tyrann Mathieu left the game early with a concussion and should return this week). Mahomes is too good at crunch time so I’m picking the Chiefs 37-27 and they’ll move on to their third straight Super Bowl after splitting the last two.

3. Final thought: isn’t it interesting that after Covid messed up so many teams (including the Vikings) during the regular season, we haven’t seen any key players—especially the starting quarterbacks–sidelined due to Covid in the playoffs. Conspiracy theorists would say the league is making sure that’s the case but let’s hope it continues in these conference championships and the Super Bowl.