Vikings Look to Rebound on Thanksgiving against Patriots 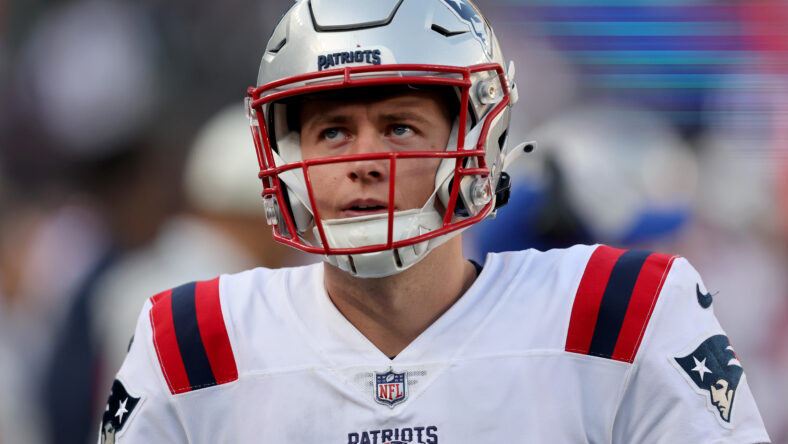 The prevailing theme at Vikings headquarters this week after the Dallas fiasco is a desire to move on quickly and, as Adam Thielen said — “show this wasn’t us and show what kind of team and leaders we have with the mindset ‘it’s go time.'”

It won’t be an easy task against the Bill Belichick-led Patriots on Thanksgiving night. The Pats are 6-4, coming off an important win over the Jets that has them in solid AFC playoff contention. New England has the disadvantage of traveling on a short week after a game that came down to an 84-yard punt return TD by Marcus Jones with 26 seconds remaining.

Belichick’s defense will provide a similar challenge as Dallas did in terms of the second-best pass rush in the league with 36 sacks behind the Cowboys (42 sacks) against a Vikings offensive line that just allowed seven sacks and will be missing a key player in left tackle Christian Darrisaw (out with a concussion).

“It’s an unbelievable challenge on a short week against a good football team,” O’Connell said. “I do believe we’ll respond to this in the right way.” O’Connell will coach against Belichick, who drafted him in the third round in 2008 (he spent just one season with the Patriots as a backup to Matt Cassel when Tom Brady was injured that season). O’Connell says he learned a lot about coaching by watching Belichick up close.

The good news for the 8-2 Vikings is their huge lead in the NFC North (four games over Detroit, and the Lions host the Bills in the early game on Thanksgiving) and their two-game lead for the NFC’s No. 2 seed. The Vikings have had success this season against the strong AFC East with victories at Miami and Buffalo, the two top teams in the division.

Here are my keys to the Vikings getting back on the winning track against the Patriots:

1. It’s likely to be tough sledding for the Vikings offense against the NFL’s No. 4 overall defense, so I see this as a game where the Vikings defense must step up and do a much better job than last game of stopping the run and pressuring second-year QB Mac Jones. The Patriots do not present the offensive talent of the Cowboys and are ranked No. 25 in total offense as they come off a game where they scored only three points on offense.

The Patriots want to run a lot of playaction passing which is not as effective if the run game isn’t going.

It would help the Vikings immensely if Dalvin Tomlinson could return from his calf injury (he is practicing on a limited basis), as he is one of their top run stoppers and provides an interior pass rush. And linebackers Eric Kendricks and Jordan Hicks must return to their higher level of play and stop solid Patriots running backs Damien Harris (367 rushing yards) and Rhamondre Stevenson (644 yards rushing plus 41 receptions for 283 yards).

The Pats also like to play a lot of two-TE offense with fine players in Hunter Henry and Jonnu Smith. They will be a challenge for the safeties and linebackers to cover along with Stevenson out of the backfield.

After their first game this season with no takeaways against Dallas, the Vikings D must return to their ball-hawking ways, and that starts with more pressure on Jones after a no-sack/little pressure game against Dak Prescott. As usual, Danielle Hunter and a banged-up Za’Darius Smith must lead the way.

Like the Vikings, who are missing a top O-lineman in Darrisaw, New England could be without two starters–center and team captain David Andrews (thigh) and guard Isaiah Wynn (foot).

2. It’s another big challenge for the Vikings offensive line, especially without an excellent tackle in Darrisaw. Blake Brandel needs help, and Belichick will surely have NFL leading sacker Matthew Judon (13 sacks) lined up over Brandel with another strong pass rusher—Deatrich Wise (6.5 sacks), going against Brian O’Neill. But Belichick could move Judon inside against shaky rookie guard Ed Ingram.

3. The Patriots defense is stronger against the pass (No. 4) but still decent against the run (No. 13). O’Connell needs to be more patient with calling running plays for Dalvin Cook, who had only 11 carries against Dallas and get Alexander Mattison going, too, with his hard running style. I’d like to see more play time for C.J. Ham, the Vikings’ Pro Bowl fullback and excellent lead blocker who had only two offensive snaps against Dallas (he also had a rushing TD in Buffalo on a fake toss and inside handoff). Effective running will help slow down the Patriots’ excellent pass rush, as will success in the screen game.

4. Justin Jefferson has been vocal this week in saying the coaches should’ve adjusted to a quick passing game as Kirk Cousins was pressured by Micah Parsons and fellow Cowboys pass rushers on almost every dropback, too many of which were 5 or 7-step drops. “We’ve got to get it out quicker, adjust if things aren’t working,” Jefferson said. “Putting the ball in space and letting people work.” I certainly agree with J.J., and we’ll see if O’Connell and his offensive coaches do just that and also incorporate more screens against a team that likes to blitz.

Belichick is renowned for his concerted efforts to take away an opponent’s best offensive player, and that means Jefferson will surely attract double coverage on almost every play. Even more reason to get it out quickly to J.J. in the flat and on short slants before a safety such as a savvy vet in Devin McCourty can join the corner in double coverage. O’Connell must get Jefferson double-digit targets (after only five targets last game). And Cousins can’t hold the ball as he did on Parsons’ strip sack with Judon coming after him.

5. Cut down the penalties and the dropped balls. Too many of both against Dallas, including the dropped TD pass by Hockenson on a perfect corner end zone throw from Cousins.

6. Another good kicker comes to town in Nick Folk (20 of 24 field goals, including 2 of 3 from 50 +). Greg Joseph needs to have a good game, and the returners must be better after Jalen Reagor fumbled a punt last game (which the Vikings recovered). Obviously, punt coverage will be a big emphasis this week after Jones’ game-winning return against the Jets.

Jeff’s Prediction: This is a game the Vikings need to win to reestablish their credibility as a top team that had a really bad day at the office last Sunday.

There is a big advantage for the Vikings to be home on a short week while the Patriots have to travel, and with the home crowd sure to be amped up at a night game as long as the Vikings get off to a good start and stay in the game. Most of the Vikings starters were pulled with 10 minutes left in the Dallas game, so they could be a bit fresher than the Patriots starters who had to battle the Jets to the end (but I wouldn’t call that a major factor).

I think this is a tough call with the Vikings injuries, particularly with Darrisaw out and Za’Darius Smith’s knee problematic. I look for a game similar to the Vikings close win in Washington, where the Minnesota defense will force key turnovers by a lesser experienced QB, and the offense makes just enough plays. With some apprehension, I’ll pick the Vikings 20-16.

1. It will be a fun Thanksgiving Day for NFL fans with all three games, including teams more or less in playoff contention, and only Detroit has a losing record. AFC East co-leading Buffalo faces a Lions team that has won three straight games to reach 4-6. The Giants need a win in Dallas to keep from fading away after losing at home to the Lions, but the Cowboys should dominate them if they play anywhere near as well as they did in Minnesota. Finally, the Patriots and Vikings should provide a closely fought nightcap.

2. The best Sunday game is 6-4 Cincinnati at 7-3 Tennessee. The Titans will be looking for revenge after they were the AFC’s No. 1 seed last year but were knocked out at home by the Bengals 19-16 on a 52-yard field goal by Evan McPherson with 20 seconds left. Tennessee lost that divisional playoff game despite sacking Joe Burrow nine times.

3. 5-6 Atlanta at 6-5 Washington is a game between two wannabe playoff contenders, with both teams having won two straight. The game of the week was supposed to be the Rams at the Chiefs, but that became a lesser attraction, with the Rams now a bottom-feeder in the NFC West at 3-7. In another relatively big game, the 4-7 Packers will try to keep their season alive at 9-1 Philly on Sunday night.

4. Look out for the 49ers, who thrashed the Cardinals 38-10 in Mexico City and should move to 7-4 with a Sunday win over the Saints. I think the talented 49ers will win the NFC West over Seattle and be a Super Bowl contender come playoff time if Jimmy Garoppolo stays healthy.