A Risky Roster Cut and Other Thoughts on Vikings Moves 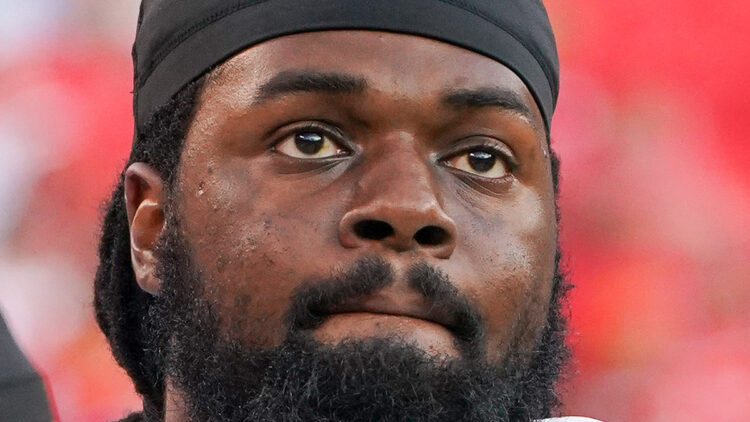 Final cut day was one of my least favorite days on the NFL calendar during my GM days. Even if many released players will quickly return to the practice squad, it’s still a gut-wrenching experience to tell a player he’s not going to make the 53-man active roster after working hard through the offseason and training camp.

One thing I never did was release a player who had been lining up as a starter for much of the previous season and throughout training camp. Such was the case for Vikings GM Kwesi Adofo-Mensah and Coach Kevin O’Connell in waiving defensive lineman Armon Watts on Tuesday. The team is planning to replace Watts with Ross Blacklock, acquired in a trade with Houston, and money apparently was a factor as Minnesota picked up about $1 million in salary cap space via this swap.

But it comes with risk as Watts has been the more productive player career-wise. He has developed from a sixth-round pick to starting nine games last season, making an impact with 46 tackles, five sacks, and 10 QB hits. Blacklock, a second-round pick in 2020, was listed as a backup with the Texans and had 22 tackles, two sacks, and six QB hits last season. The Vikings will need him to step it up with his new team.

Aside from the Watts/Blacklock move, the quarterbacks continued to be the biggest story on cut day as Kellen Mond and Sean Mannion were released. This was expected after last week’s trade for Nick Mullens, and either Mond or Mannion are likely to come back on the Vikings 16-player practice squad. I would expect it to be the younger player in Mond if he clears waivers unless O’Connell truly has given up on him. It’s unlikely Mannion will be signed elsewhere, so he should be available if needed at some point.

The trade of guard Jesse Davis to Pittsburgh is not surprising after rookie Ed Ingram won the starting right guard job over Davis. This will save the Vikings close to $1.5 million in Davis’ salary, which is needed as the Vikings get under the salary cap.

Another telling fact is that nine of the Vikings’ 10 draft picks made the final roster, at least as of now. Only seventh-round tight end Nick Muse was let go. Whereas all three third-rounders from last year were cut — Mond, guard Wyatt Davis, and linebacker Chazz Surratt. This is somewhat expected when a new regime comes aboard with Adofo-Mensah and O’Connell, who are not tied to draft picks of the prior GM and head coach.

There could be more roster changes in the coming days if the Vikings claim any players on waivers. Rosters always are in a bit of flux over the next week leading up to the opener. Meanwhile, the practice squad signings will take place as the team shifts gears into regular season mode, with the Packers coming to U.S. Bank Stadium in a little over a week.

On the injury front, the Vikings will be hoping to get starting tight end Irv Smith Jr. ready for the Packers as he comes off his thumb injury. And their top two draft picks—safety Lewis Cine and cornerback Andrew Booth Jr.—will be counted on to return from their knee and ankle injuries, respectively. They’ll be needed on special teams along with possible roles in certain defensive alignments, such as when six defensive backs are on the field.

Forget about the winless preseason. It’s meaningless when most starters didn’t play a snap in the three games. All teams start 0-0 next week, but I think a few snaps for everyone other than injury risks Dalvin Cook, Danielle Hunter, and Za’Darius Smith would have been wise heading into an opener with new offensive and defensive schemes.

It’s very tough to predict how the Vikings will play on September 11, but we can say the same thing about the Packers, who held out most of their key players and have a lot of uncertainty on their offensive line heading into the opener.

It was disappointing to see two players hurt in the Denver game who had played well in camp and preseason games. T.Y. McGill was a preseason star on defense with 3 ½ sacks. And Bisi Johnson had earned a roster spot at receiver before tearing his ACL, the second straight year with such an injury. Both players are now on injured reserve.

Backup players who impressed me in Denver despite the loss and solidified active roster spots included Ihmir Smith-Marsette, who had 63 receiving yards and a 21-yard punt return, running back Ty Chandler with 44 rushing yards, rookie linebacker Brian Asamoah who flashed his speed and toughness in playing through an ankle injury and I liked Chris Reed’s blocking at guard and center.

It also was reassuring for the coaches to see Greg Joseph hit 46- and 58-yard field goals with new punter  Chris Wright as his holder. Wright also had a 56-yard punting average with three punts downed inside the 20 to help his cause. 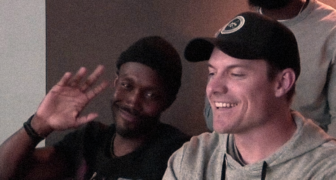 Also Read:
5 Areas the Vikings Can Still Look to Improve

1.The biggest surprise around the league this week was Jimmy Garoppolo agreeing to a pay cut of $10-15 million (depending on if he winds up playing and hitting some incentives) to stay in San Francisco as Trey Lance’s backup. This is after the 49ers said Garoppolo would not be on the roster this season as they attempted to trade him. It sets up a situation where Lance could be looking over his shoulder at Garoppolo, who was the 49ers starter when healthy over the past five seasons.

2. In Green Bay, kicker Mason Crosby has recovered from knee surgery and has been activated, so he is expected to kick against the Vikings on opening day.