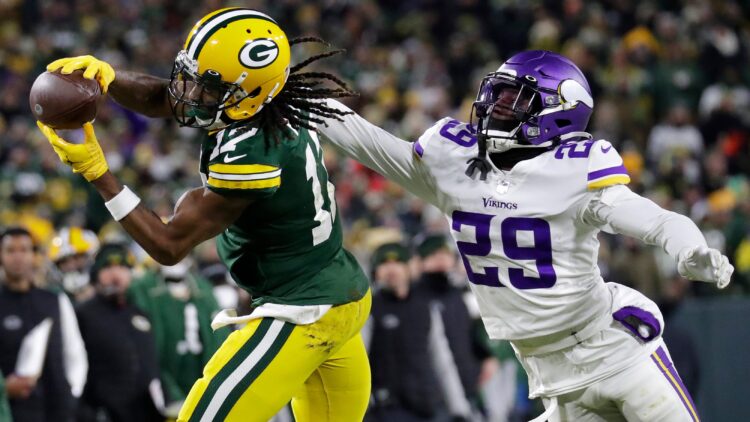 In the second to last game of a suspenseful and exciting season, there was no suspense or excitement generated by the Vikings. Just an old fashioned butt kicking by their arch-rivals in frigid Green Bay as the Packers wrapped up the top seed and home field advantage in the upcoming NFC playoffs with their 37-10 victory on national TV.

The result was predictable before the undermanned but game Vikings took the field. It was the first time this season that the Purple have not been competitive, thanks mainly to their unvaccinated starting quarterback Kirk Cousins who doomed his team when he tested positive for Covid before the biggest game of the season.

The Vikings likely would’ve lost with Cousins as they already were missing too many key players (most notably the injured Danielle Hunter and Adam Thielen along with the ill and often injured Michael Pierce). But the avoidable absence of Cousins, who had led an upset win over the Pack six weeks ago, was far too much to overcome. Especially when going against the NFL’s MVP Aaron Rodgers who with his ace receiver Davante Adams could’ve put up a lot more points and a defense that had no fear of Minnesota backup QB Sean Mannion and was able to dominate the Vikings up front as they shut down Dalvin Cook to the tune of 13 rushing yards.

Here are my other observations of the game that eliminated the Vikings from the playoff race:

The Vikings loss Sunday night to the Packers perhaps set in motion some major changes to a team that should have at least three more wins and be participating in a playoff game in two weeks.

1. The Vikings loss clinched a wild card spot for surging Philadelphia (four straight wins) who rallied for a 20-16 victory in Washington. Don’t tell me the Eagles are more talented than the Vikings. San Francisco will claim the final NFC playoff spot if they beat the Rams or New Orleans loses at Atlanta on Sunday.

2. In the AFC, what a thrilling performance by the Bengals’ young superstars Joe Burrow (446 passing yards, 4 TDs) and Ja’Marr Chase (a club record 266 receiving yards, 3 TDs) in outdueling Patrick Mahomes and the Chiefs 34-31 to clinch the AFC North, halt K.C.’s eight game winning streak and move Tennessee into the AFC’s top seed (a win next week in Houston will clinch it for the Titans who are expected to get star running back Derrick Henry back from foot surgery for postseason).

The Chargers and Raiders (both 9-7) will battle in Vegas next Sunday night with the winner advancing to the playoffs. The Colts also will claim an AFC wild card spot with a win in Jacksonville.

3. Good riddens Antonio Brown. The Bucs receiver took off his uniform and left the field when he was told to leave by Bucs Coach Bruce Arians after he reportedly claimed he was injured and refused to re-enter the game in the third quarter of the team’s win over the Jets. Arians said after the game that Brown was “no longer a Buc.” As if we didn’t see it coming from the moment this malcontent returned to the NFL.