Will This Vikings Corner Eventually Make a Difference? 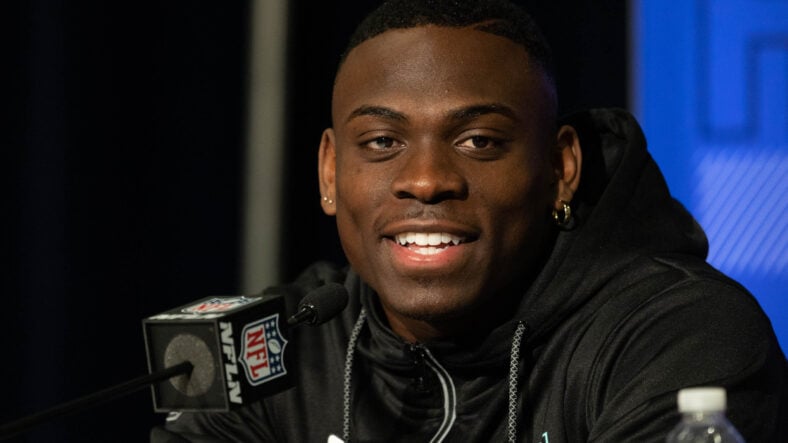 If there’s been an area in which the Minnesota Vikings have struggled mightily this year, it’s the secondary. That was the expectation coming into the season, and it’s been more than apparent. Drafting a corner in the 2nd round, Minnesota would love to see Andrew Booth Jr. start to pay off. Can that happen soon?

The Vikings got Andrew Booth Jr. 42nd overall in the 2022 NFL Draft. He was seen as a first-round talent out of Clemson, but he struggled to stay on the field. Coming off yet another injury, his NFL career was going to take a bit to get off the ground, but Minnesota needs him to make a big impact soon.

Through their first six weeks, the Vikings saw Booth Jr. play in just two games. After missing time during training camp, Booth Jr. was shelved for Ed Donatell during four of the six weeks thus far. He played two special teams snaps against the Green Bay Packers in Week 1 and then got six snaps on special teams against the Miami Dolphins before the bye.

Special teams are a great way to work through the training wheels portion of a rookie’s upbringing, but there’s no denying Minnesota needs Booth Jr. to contribute on defense sooner rather than later. Patrick Peterson is a veteran leader but on the wrong side of an age trend, and Cameron Dantzler is still working toward his peak performance. Chandon Sullivan’s performance has been mediocre at best, and no one has a better ceiling than Booth Jr.

It’s worth wondering how much growth can occur during a bye week. Although the Vikings had time away from the facility and practice field, you’d hope that Booth Jr. was getting in mental reps to put him on the field sooner rather than later. Against a very talented Arizona Cardinals wide receiver group, this week represents an opportunity for him to make an impact even if the snaps are limited.

With Kwesi Adofo-Mensah trying to navigate his first trade deadline, the cornerback position has to be on his mind. How much of an impact or development is conveyed from the staff could certainly dictate any trades deemed necessary. Minnesota would undoubtedly prefer to work with found money in Booth Jr., emerging as a starting option as the year progresses. For that to happen, however, he’ll need to do more that shows up in the box score and work to position himself with additional chances.

This Vikings team could be special, and they have plenty of talent on offense. How much can they limit the opposition, though, and who will take care of that?