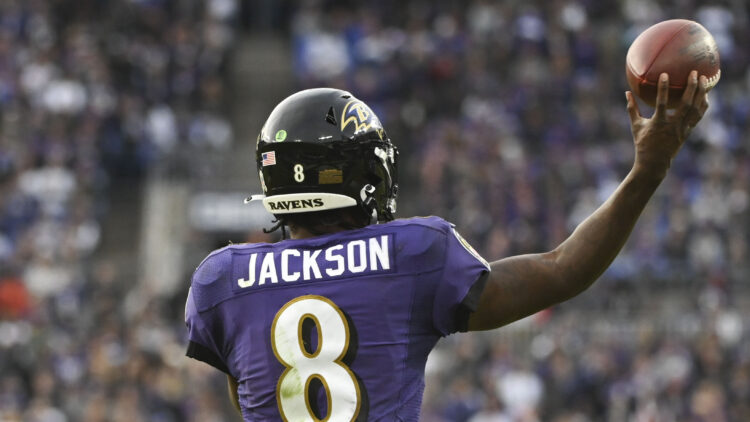 Kirk Cousins has been the Vikings quarterback since 2018. The organization signed the quarterback to the first multi-year, fully guaranteed contract in the league, with, back then, the astronomical annual salary of $28 million.

Nowadays, that doesn’t even come close to the highest-paid quarterbacks in the league. In today’s NFL, 14 quarterbacks, Cousins included, make more money on average than that. Even passers like Jared Goff, Carson Wentz, and the 37-year-old version of Matt Ryan earn more money.

Recent extensions have blown former massive deals out of the water. Aaron Rodgers will make over $50 million per year with his new deal, The earnings of Deshaun Watson and Kyler Murray are in the neighborhood of $45 million, and Derek Carr and Matthew Stafford are at about $40 million. Only a handful of desirable quarterbacks have a lower salary than Cousins’ infamous mark of $28 million:

Brady always takes much less than his market value while the other three are still playing on their rookie contracts. Burrow and Herbert will likely sign mind-blowing extensions next offseason. Lamar Jackson, meanwhile, will play the 2022 season on the fifth-year option. His salary will be $23,016,000.

Talks about an extension between the Ravens and Jackson are ongoing, but the CBS Sports radio host Zach Gelb of the Zach Gelb Show dreams about a scenario where the quarterback will play for the Minnesota Vikings.

Currently, the Vikings are not in the market to acquire a quarterback. Gelb talked about Lamar playing on a franchise tag for one season and then becoming available. That would fit the timeline of Cousins, as he signed a one-year extension. Unless there’s another one in the pipeline, he’ll become a free agent in 2024, the same year as Jackson, after playing for one year under the franchise tag.

Cousins Is a Better Fit

Of course, Lamar Jackson had the best season of the two quarterbacks when he won league MVP in 2019. However, in the last two campaigns, Cousins was the better player of the two. It’s unfair to compare counting numbers because both are different types of quarterbacks. Jackson is a dynamic runner, while Cousins is a pocket passer. In 2021, Jackson had only one of two games on the level of his 2019 MVP campaign.

Gelb envisions a dynamic offense with all the Vikings’ weapons and Lamar Jackson as the signal caller, “Could you imagine Lamar [Jackson] with Justin Jefferson? I know Thielen is getting older. You have Dalvin Cook. I love K.J. Osborn. If Irv Smith Jr. can stay healthy, he could be potentially a force in this league.”

In theory, and in Madden, that offense would be wonderful. However, in reality, Jackson isn’t a fit with those weapons. He simply doesn’t have the passing skills, and his offense doesn´t have the number of passes to feed multiple wideouts. Jackson-led offenses run more than they pass for a good reason. He is the most dynamic quarterback this league has ever seen in terms of rushing. In the last three seasons, Jackson rushed for more yards than David Montgomery, Alvin Kamara, Christian McCaffrey, and Joe Mixon.

The stats look a bit different in the category of passing yards. In the last three seasons, he passed for fewer yards than Philip Rivers, who retired after the 2020 season, and his 2019 and 2020 seasons weren’t any good.

To some extent, the stats reflect the offensive system of Baltimore. However, that system looks like that because of Jackson´s unique skillset. The best way to use him is by using his legs. The offense has to be explicitly built around the quarterback. If he can lead a dynamic pass-first offense should be doubted.

Justin Jefferson would suddenly not catch 110 passes for 1,600 yards, but only 80 passes for 1,150 yards with Lamar Jackson as Vikings QB. The WR2 doesn’t get 800 receiving yards, but only 400. Some receivers might want to get out of that offense because they obviously get paid more if they have better numbers, and receivers usually want to be featured. Even if they accept the new situation, anything else had to change as well.

For example, there’s no place on the offensive line for players with strengths in the passing game. They have to be better in run blocking. The team has to adapt the whole scheme and the roster.

If Lamar Jackson joined the Vikings in 2024, it would take another year or two to change the surroundings. The quarterback will be in his late 20s then and might not be the same spectacular player at that point. While Jackson is not a running back, and to call him one is disrespectful, it’s fair to compare his physical decline to running backs. Most runners start to lose some abilities in their mid-20s and decline a lot once they celebrate their 30th birthday.

Pocket passing quarterbacks in 2022 can be effective in their late 30s. Tom Brady is playing at age 45. He might be the outlier, but Jackson’s ability to run an offense at age 35 is unlikely to be at the same level as the 25-year-old version. Even if he loses some explosiveness, he can still be a threat by running the ball, but the defenses can focus more on the pass. While Cousins seems to get better, Jackson probably already had his best season in 2019.

The acquisition of Lamar Jackson would be exciting for the Vikings organization. However, Jackson already didn’t look particularly good in the last two seasons, and two years from now, it’s a big question mark if he’s still the same dynamic player. While his arm might be underrated, it shouldn’t be forgotten that he plays against heavy boxes a lot. If he can play against defenses that focus on the pass — is doubtful. After a lot of this sounded like criticism, but Jackson is not a bad quarterback at all. He´s exciting to watch and is one of the quarterbacks who´s the hardest to defend. The timeline and the playing style just don’t fit with the Vikings.

Cousins is a great fit in the Vikings offense based on its construction. He is one of the best in the business at spreading the ball to his wideouts and putting up big passing numbers. He also is a perfect fit in the zone running and play-action passing offense. If the Vikings want to move on from their passer, they should try to draft one that does fit the same system and might have a higher upside instead of getting someone totally different.