Who Will Win the Vikings Backup QB Battle? 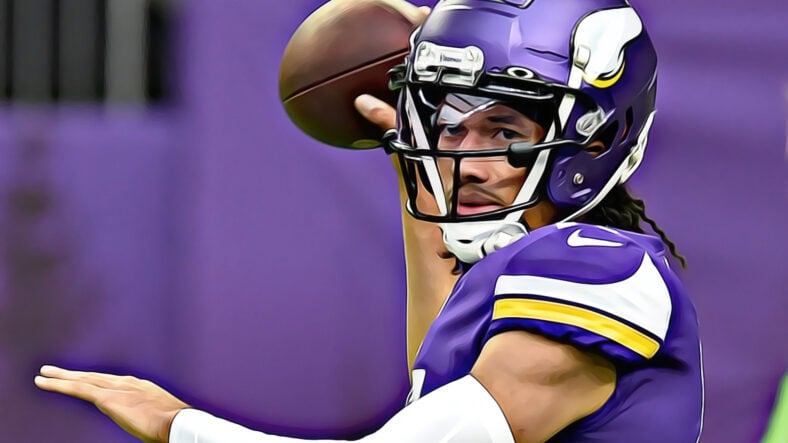 Most starting spots are already secured before the rookies arrive at the Vikings training camp on July 24th. They will get a two-day head start on the veterans. The most exciting battles are always for starting spots. In 2022 that’s the right guard and the cornerback positions. However, the backups have to compete for roster spots as well.

New leadership means a new approach. The number of quarterbacks the new Vikings bosses want to carry into the season is unknown. However, the Rams, in the two years of O’Connell’s tenure, had just two passers on the roster, in 2020, Jared Goff and John Wolford, and in 2021 Matthew Stafford and Wolford. General manager

Adofo-Mensah was part of the Cleveland Browns’ front office for two seasons. In both seasons, the Browns had just two quarterbacks. In 2021, they promoted Nick Mullens at times from the practice squad because of Mayfield’s injuries and a Covid outbreak. Before his time in Cleveland, Adofo-Mensah worked under 49ers general manager John Lynch. Jimmy Garoppolo and Nick Mullens were the two quarterbacks in 2019. In 2018, however, San Francisco had three QBs. But Garoppolo was hurt.

So the assumption has to be that the new Vikings leadership wants to keep just two quarterbacks on the roster.

The Vikings have their starter, Kirk Cousins. Behind him, the organization has two possible options for the backup job after waiving Nate Stanley earlier this week.

Mannion is an NFL veteran. In six years in the league, Mannion has thrown 110 passes. He is one of the smartest players in football, and that’s where his worth is. Mannion is a backup that is almost another quarterbacks coach. Kirk Cousins is 33 years old and doesn’t need another coach.

The Vikings’ backup quarterback has started two games for the Vikings and one for the Rams. The results weren’t pretty. In those three games, he never eclipsed the 200-yard mark and threw for two interceptions and just one touchdown. He can manage a game to some extent but not at the level of Dolphins backup and former Viking Teddy Bridgewater.

He also can’t just replace the starter and give the team a puncher’s chance by fearlessly slinging the football, like former Vikings Taylor Heinicke and Case Keenum. The worth of Mannion is in the quarterback room and during film study. It’s certainly not on the field as a quarterback.

In Rick Spielman’s final draft as the general manager of the Vikings, he used one of his four third-round picks and selected quarterback Kellen Mond. The Texas A&M prospect had a productive career in college. In four years on the campus, he recorded 9,661 passing yards and 71 touchdowns. Mond threw just 27 interceptions and showed growth in terms of ball security, as just three passes were intercepted in his senior year.

In addition to that, he adds a different skill set to the quarterback room. He had over 1,600 rushing yards and 22 rushing scores in college. He did all of that not in a lower-level conference. He did it in the SEC.

Reports suggest that former head coach Mike Zimmer didn’t want to draft Mond. Then he missed time in camp with Covid and landed in Zimmer’s doghouse. He didn´t get a chance to win the Vikings backup quarterback job.

Mond has to be happy to work with Kevin O’Connell now, who is a former NFL quarterback and is touted as a quarterback whisperer.

Mond still has to learn a lot. Especially in terms of processing and reading defenses. His arm is talented in both accuracy and strength, and he is athletic. Now has to get the mental part to the same level.

Who Will Be Vikings’ Backup Quarterback?

If one of the two passers has to come onto the field for an extended period, the Vikings’ season is most likely over. The difference is just that we know for sure that Mannion can’t get it done while it’s an unknown with Mond. The younger and more talented player should get the nod, even if he’s the slightly worse player at that time. The potential should bring him the job.

If Cousins had to miss time, it’s valuable to find out how good Mond truly is for the future. He should be the second quarterback because Mannion doesn’t make sense as a backup for a veteran passer on a team that is highly dependable on the starting quarterback.