Which Cowboys RB Do Vikings Need to Stop? 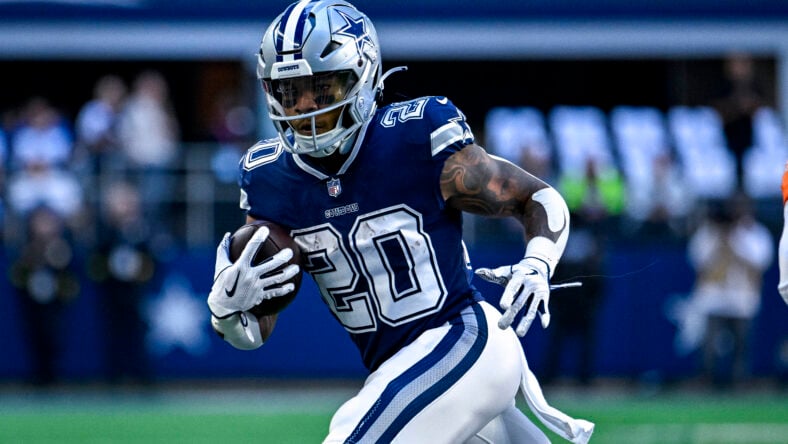 Throughout the season, the Minnesota Vikings have been a relatively good team when it comes to slowing an opposing rush offense. Ranking in the top 10 across the NFL, they have to feel good about the limitations they’ve provided for opposing running backs. On Sunday, they’ll face a two-headed monster and look to control them both.

Although it is Ezekiel Elliott who gets the headlines, it’s been Tony Pollard that has paced America’s Team. The former backup has taken on somewhat of the bellcow role, and he’s performed admirably when Elliott has missed time.

Pollard has been on the field for all of the action through nine games and has 621 yards to his credit. Elliott has missed two contests and generated just 443 yards on the ground. Pollard’s six touchdowns are also two more than Elliott has contributed. It hasn’t just been an opportunity situation, either. Elliott has averaged just 4.1 yards per carry in 2022, while Pollard has ripped off a whopping 6.0 yards per carry.

Both players have been utilized sparingly in the passing game, but there too, it has been Pollard who has done more damage. He’s generated more production with his opportunities and has given Dallas a sprinkle of their backs catching passes.

This week, as has been the case for a portion of the season, Elliott will be limited in practice. He continues to deal with ailments that have left him at less than 100%, and while he should be on the field Sunday, it’s Pollard who continues to come in fresh. The Vikings won’t be able to overlook the former Ohio State standout, but his backup has emerged as a greater talent for Dallas.

In the past few seasons, there has been plenty made about Dallas having a dynamic offense. They have been closer to the middle of the pack this season but have leaned heavily on their running game. With Dak Prescott having missed time and Cooper Rush looking to manage games, plenty of emphasis has been placed on getting Pollard and Elliott going. Although the Vikings will need to keep CeeDee Lamb and Michael Gallup in check, the boys in the trenches will control this game.

Minnesota is still hoping to have defensive lineman Dalvin Tomlinson back this weekend, and regardless if he starts, being able to dominate the point of attack is a must. The Vikings can’t simply look to shut down one back or the other but must make a concerted effort to slow the running game as a whole.

Dallas is a team that utilizes the run to open up the pass, and if Minnesota can take away one of their opponent’s strongest assets, it will go a long way to coming out ahead. Whether it is Elliott or Pollard on any given play, Ed Donatell’s defense has to be focused on where the running back is at all times.