What the Vikings Do Poorly, the Eagles Do Wonderfully 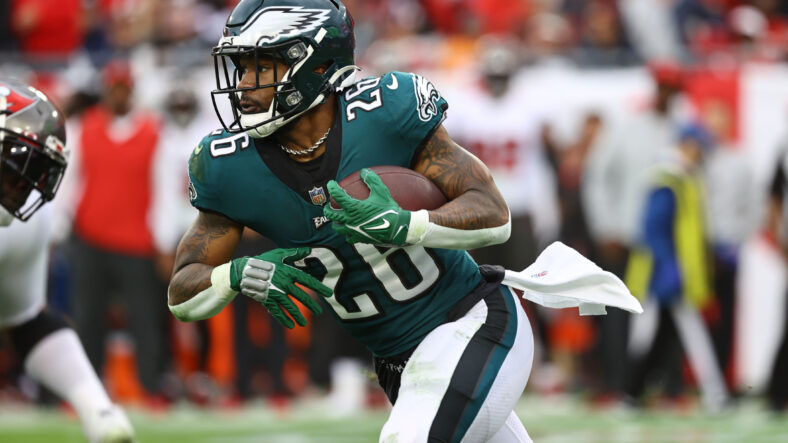 The Minnesota Vikings played poorly against the run last Sunday while the Philadephia Eagles gashed the Detroit Lions on the ground during their opening matchup.

Those are the stakes on Monday Night Football, and something’s gotta give.

The Vikings toppled the Packers by 16 points, allowing the Packers just seven points to start the 2022 campaign. Now, though, Donatell must seemingly enact the opposite — take away the Eagles run game, perhaps letting Hurts do some damage through the air.

In 2021, the Vikings ranked 29th in the NFL via yards per rush allowed and 30th in total rushing yards allowed — not good. Then, in the offseason, new general manager Kwesi Adofo-Mensah signed free agents Harrison Phillips, Jordan Hicks, Jonathan Bullard, and Za’Darius Smith to help stifle the run and get after quarterbacks. Stopping the run did not work against the Packers, although the Vikings did leave U.S. Bank Stadium with a victory.

It was “just one game.” That is irrefutable. But these are the Vikings and Eagles rushing stats preceding Monday Night Football:

Philadelphia defeated Detroit because it sliced and diced Dan Campbell’s team on the ground. Plain and simple. For good measure, Hurts connected with new Eagle A.J. Brown for 155 receiving yards. Therefore, much like limiting Rodgers through the air, Kevin O’Connell and Ed Donatell must stimy the Eagles on the ground and force Hurts to become a pure passer for a day.

Otherwise, the Vikings risk succumbing to the Lions fate. But with Dalvin Tomlinson, Harrison Phillips, Jonathan Bullard, Danielle Hunter, and Za’Darius Smith up front, with Eric Kendricks and Jordan Hicks in the middle, stopping the Eagles running backs shouldn’t be impossible.