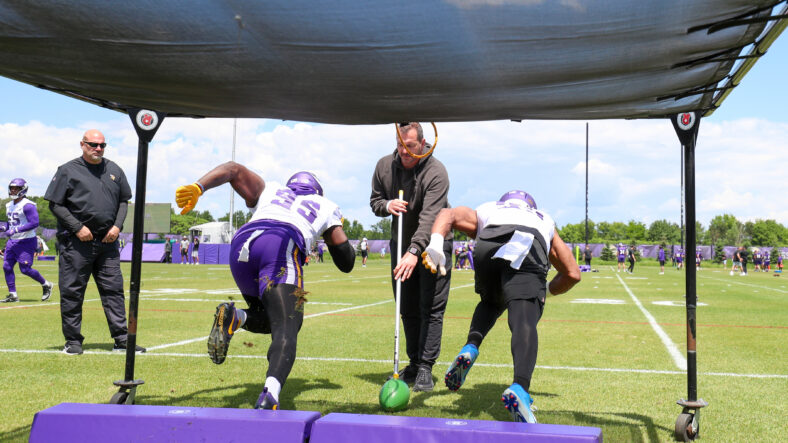 The Vikings enter a critical season of their franchise history. After the first few seasons, the Vikings missed the playoffs in three consecutive seasons just three times. The last time happened from 2005 to 2007.

Three consecutive losing seasons, however, didn’t happen since the first three years in franchise history, from 1961 to 1963. After finishing the last two seasons with 7-9 and 8-9, respectively, it could happen for the first time since then.

The Vikings decided to enter a ‘competitive rebuild,’ which means reloading the roster without totally rebuilding. They brought in a lot of new faces. First and foremost, the biggest change is the head coach, Kevin O´Connell. He brings a new leadership style to the team. The Vikings also brought in a bunch of new players. Jordan Hicks will form a great linebacker duo with Eric Kendricks. Defensive tackle Harrison Phillips showed signs of greatness in the first preseason game and practice. He was one of the winners of the first game action.

Rookies Lewis Cine, Andrew Booth, and Ed Ingram are still fighting for a starting spot. They will play important roles for the Vikings as rookies and have a significant impact. The biggest offseason player acquisition, however, is a dynamic edge rusher. Bleacher Report’s Kristopher Knox called him the Vikings’ X-factor.

The edge rusher will play opposite Danielle Hunter. He missed the majority of the 2021 season injured but is back to full strength and ready to dominate. The last time he was healthy, Smith recorded 12.5 sacks in the 2020 season.

Most Vikings fans remember the crucial Week 16 game in 2019. The Vikings had to win to tie the Packers’ record and have a chance to take the division in Week 17. Smith played absolutely phenomenally in that game.

He sacked Kirk Cousins three and a half times and added five tackles for loss and five QB hits to his stat line. The edge rusher totally dominated the Vikings’ offensive line on that day. He’s forming a deadly duo with Hunter now.

The Vikings defense struggled a lot in the past two seasons, and Smith, the x-factor, is here to help, according to Knox, “Minnesota might change its defensive fortunes thanks to the addition of former Green Bay Packers pass-rusher Za’Darius Smith. He has the potential to form a dangerous pass-rushing tandem with Danielle Hunter.”

Smith was limited to 18 snaps last season. He had a back injury. After missing a few weeks, he opted to have surgery on the injury. The procedure ruled him out for months. He was supposed to come back late in the season but never did until the playoffs, where he played a limited role. That type of injury can always re-aggravate and force him to miss time. Therefore, the Vikings signing him was a risk. However, he could be the Vikings’ x-factor of the 2022 season.

Knox had a simple prognosis about the Vikings’ defense in 2022: “If Smith can regain the Pro Bowl form he last showed in 2020, the Vikings defense could be a problem for opposing quarterbacks. If he can’t, it’s likely to struggle once again.”

It’s hard to disagree with that statement. The edge rushers were a huge problem in the 2021 season. As soon as Hunter was hurt, the defensive ends were a disaster. They got pushed around in the running game and couldn’t get to the quarterback in the passing game. Mike Zimmer’s brilliant defensive mind still drew up great plays to increase the sack numbers, but the pressure was not consistent enough without a premier pass rusher.

Now, the Vikings have two. Hunter and Smith are good against the run, which will be the first step to fixing the struggling rushing defense. They also are great at getting to the quarterback and making him feel uncomfortable. Even if they don’t record a sack, he has to hurry up and get the ball out quickly, which will help the cornerback room. Patrick Peterson is long past his prime, and Dantzler and Booth are unproven and inconsistent. The best friend of any cornerback is always a great pass rush.