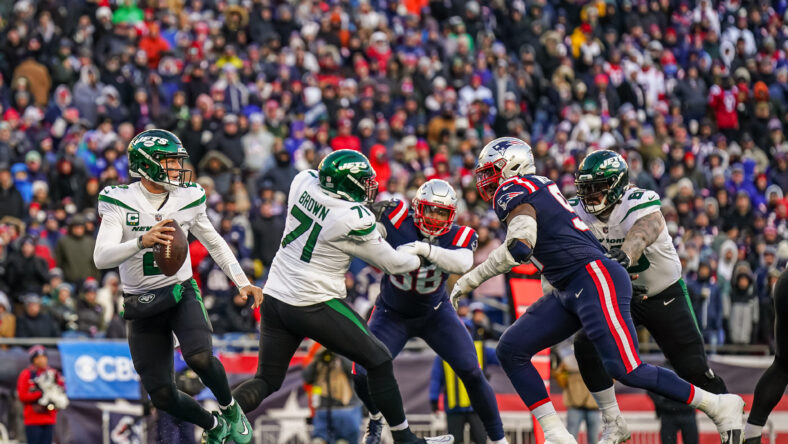 The Minnesota Vikings can’t quite look ahead to Week 13 as the franchise must first deal with the New England Patriots on Thanksgiving.

But after Thanksgiving, when Minnesota hosts the New York Jets, that AFC opponent’s offensive leadership may look a bit different.

The Jets lost a heartbreaker to the New England Patriots on Sunday — who the Vikings play on Thursday — after Patriots punt returner Marcus Jones took an 84-yard punt back for a touchdown with five seconds remaining on the clock, handing New England a 10-3 triumph. On Monday, during the fallout of the loss to New England, Jets head coach Robert Saleh wouldn’t commit to young QB1 Zach Wilson going forward — an oddity for a player with such high draft promise 19 months ago.

When asked if backup quarterbacks Joe Flacco or Mike White could supplant the struggling Wilson as QB1, Saleh told reporters, “Everything is on the table.”

Heading into Week 11, Wilson ranked 30th among 35 qualifying quarterbacks per an assortment of quarterback evaluation metrics. And against New England, Wilson completed 9 of 22 passes for 77 passing yards and a disturbing 24.5 QBR.

Through 11 weeks of 2022, the Jets offense ranks 28th in the NFL per EPA/Play — also known as the fifth-worst. Only the Indianapolis Colts, Houston Texans, Los Angeles Rams, and Carolina Panthers perform worse offensively. On the other hand, New York’s defense ranks fifth-best per EPA/Play, so the defensive side of the enterprise is entirely dragging the franchise to its 6-4 record.

Moreover, the Jets margin for error via wins and losses is slim, as the Buffalo Bills, Miami Dolphins, and aforementioned Patriots all boast 6-4 or better records as of November 21st. Had the Jets held on against the Patriots on Sunday, they would’ve lived in first place atop the AFC East. But no cigar as New England squeaked out the victory, sending the Jets to last place in the division with a 6-4 record.

If Wilson is benched — which would be a seismic plot for his development, maturation, and career outlook — Joe Flacco or Mike White would take over, presumably to man the “game manager” role. Neither Flacco nor White is overly prolific, but the working theory suggests they might not play as terribly as Wilson.

The Vikings face the Wilson-led, Flacco-led, or White-led Jets on December 4th at U.S. Bank Stadium, the last contest in a three-game homestand.

For now, though, the Vikings must focus on demon exorcism against New England after getting bludgeoned at home by the Dallas Cowboys 40-3 in Week 11. 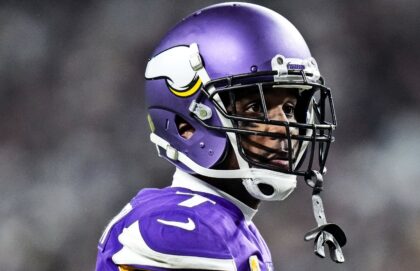