Vikings vs. 49ers — Matchups to Watch in Joint Practices 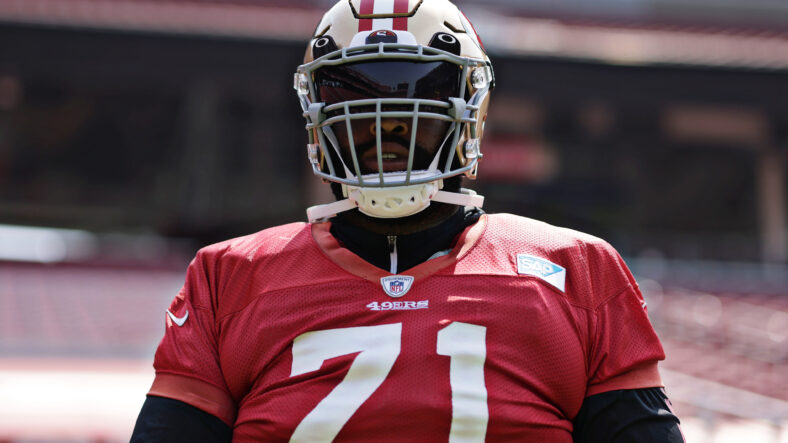 The Minnesota Vikings will meet the San Francisco 49ers in joint practices on Wednesday and Thursday before the two teams face off in their second preseason game on Saturday. Joint practices are always a great opportunity to see how good the team is. After weeks of playing against the same teammates, it’s a good chance to practice against different players.

The 49ers are one of the better teams in the NFL. Just last season, they played in the NFC Championship Game and were close to beating the Rams. However, former safety Jaquiski Tartt dropped an easy Stafford interception, and the 49ers lost the game.

The 49ers lost a few players like longtime center Alex Mack who retired, and guard Laken Tomlinson left in free agency. Both were big parts of a solid offensive line. The aforementioned Tartt also left in free agency. Defensive end Arden Key had eight sacks last season and signed with the Jaguars. However, they also signed a few players. For example, Charvarius Ward agreed to a huge three-year deal. The cornerback played for the Chiefs in his first four NFL seasons. Cornerback was the biggest weakness of the 49ers.

The 49ers are considered one of the NFL’s better teams. They play in a strong division with the Los Angeles Rams and the Arizona Cardinals. Their estimated win total in the 2022 season is 10, via DraftKings. The Vikings, meanwhile, are sitting at nine wins. The week will be a great test for the Vikings players. Some of them face great matchups.

Here are the best in no particular order.

Za’Darius Smith and Danielle Hunter form one of the best pass-rushing tandems in the league. They face an elite offensive tackle, Trent Williams. Williams led all tackles in PFF grade four times during his career and had the highest grade ever in 2021. He is one of the most athletic players at the position and still possesses great strength. The 49ers even use him in motion at times, and he flat out takes defenders out, like Packers defender Rashan Gary.

He’ll meet Danielle Hunter a few times, one of the premier pass rushers in the game, when he’s healthy. Unfortunately, he hasn’t been healthy in the past couple of seasons, as he was limited to just seven games. In the last two full seasons, 2018 and 2019, Hunter recorded 14.5 sacks each season.

The free agency signing Za’Darius Smith struggles with health in the 2021 season. Before that, he recorded 26 sacks in 2019 and 2020 combined. The duo is looking great in camp, and now they are getting a new test.

Just like Hunter, Nick Bosa is an elite pass rusher. He has played two healthy seasons so far and is already a two-time Pro Bowler. In 2020, he suffered a torn ACL but returned to the field in 2021 and recorded 15.5 sacks. He’ll go up against Christian Darrisaw, who drew some comparisons to the aforementioned Trent Williams. He has been battling with Hunter and Smith all camp long and now gets to face another great opponent. If the saying “iron sharpens iron” is true, then Darrisaw will be really sharp when the season begins on September 11th.

Bosa will also face Brian O’Neill. The two 2021 Pro Bowlers are another great matchups to watch.

Trey Lance is one of the most interesting players of the 2022 season. He was the third overall pick last year, and the 49ers traded three first-round picks to get him. He played college football at North Dakota State, where he was just a one-year starter. The 2020 season was almost wholly canceled because of COVID-19. In his lone starting season in 2019, he passed for 28 touchdowns without a single interception and rushed for another 1,100 yards and 14 scores. However, his competition wasn’t great.

Last season, he was the backup for Jimmy Garoppolo. Lance started two games and appeared in a few others. He overall had a 5-2 touchdown to interception ratio but completed just 57% of his passes. Lance added 168 yards on the ground and another touchdown. Due to his rocket arm and athleticism, the sky is the limit for the young quarterback. He looked great in the first preseason game. The Vikings’ defense will have to contain him in the pocket and take advantage of some rookie mistakes, even if he’s in his second year. The purple team will get a good look at the young player.

The Vikings’ rushing defense was a disaster in the last two seasons. Opponents could run against them all day. In 2020, the Vikings lost Linval Joseph and signed Michael Pierce, who opted out. What was left was a terrible group of defensive tackles that looked more like the third quarter of a preseason game. In 2021, Danielle Hunter was hurt, Everson Griffen was away from the team, and the rushing defense imploded. No one was setting the edge, and offensive lines created gigantic holes.

Defensive tackles Harrison Phillips, who looked great in the first preseason game, and Dalvin Tomlinson have to hold the running defense together against the 49ers’ rushing offense. Ed Donatell’s new defensive scheme could also help. The 49ers are known for great rushing attacks. Head coach Kyle Shanahan is a brilliant mind and probably the best in the business at drawing up a great running scheme. It will be a good test to see if the rushing defense improved.

Justin Jefferson and Deebo Samuel are two of the brightest stars of the NFL. Jefferson is setting record after record and already has a league-leading 3,016 yards since entering the league. Samuel, meanwhile, set the league on fire by playing a hybrid role of running back and wide receiver. He had six receiving touchdowns and eight on the ground. He also was third in scrimmage yards and even had more than Jefferson.

Three hundred sixty-five of his yards came on the ground on a whopping 6.2 average yards per carry. It will be interesting to see if the defenses can contain the star wideouts. Once again, the rushing defense could be tested. Also, cornerbacks Patrick Peterson, Cameron Dantzler, and Andrew Booth have to be ready to face one of the most dynamic players in the NFL.