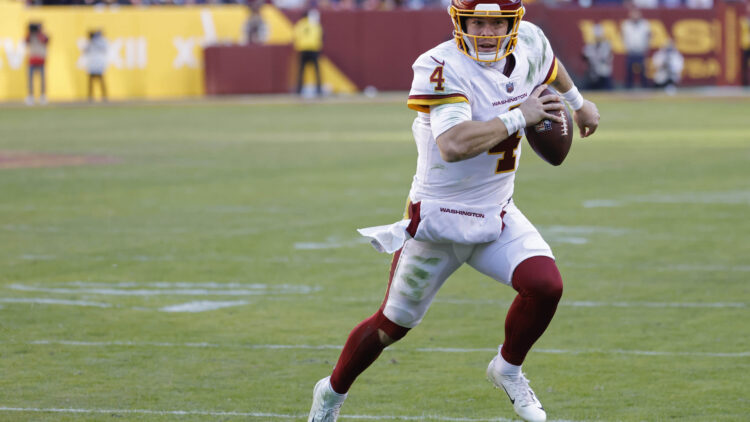 The Vikings backup QB of starter Kirk Cousins is still a big question mark. The organization employs two passers outside the starter — Sean Mannion and Kellen Mond. In the first preseason game, a loss against the Raiders in Las Vegas, the Vikings learned something about the two players.

With all due respect, Sean Mannion is not an NFL quarterback. He was one of the losers of the game against the Raiders. He might be a great guy, a super smart guy, and a buddy of Cousins — but he can’t be a backup quarterback. He’s not capable of leading a successful offense. If the Vikings want to keep him, they should stash him on the practice squad or promote him to assistant QBs coach.

Kellen Mond, on the other hand, showed some promise in his game action. However, he struggled in the second quarter against NFL backups and dominated in the third and fourth quarters against players that will most likely not make the team. Until he shows something against solid competition, he’s still a big unknown. He showed he belongs on the roster as a development guy but has more to prove to win the backup QB job.

The Vikings were rumored to evaluate the trade market for another passer last week. To add a veteran passer to the mix makes sense for the purple team. But who are players that are possible trade targets? The following passers are all the third-string quarterbacks on their teams. No team would trade their top backup QB to the Vikings, but some good QBs could be available.

The Steelers had Mason Rudolph on the roster and still signed Mitchell Trubisky in free agency and drafted Kenny Pickett in the first round. At this point, Trubisky is the starter and Pickett the future starter. They both played a strong first game in the preseason. Rudolph is the odd man out.

Rudolph has tossed for 2,366 yards in four NFL seasons with 16 touchdowns and 11 interceptions. While he won’t take over games and win them by himself, the former third-round pick has shown that he can lead a team to victories when he stepped in for Ben Roethlisberger. He’s a serviceable backup quarterback. Rumors surfaced that he could be traded to the Lions, so he is apparently available.

Nick Mullens is second all-time in terms of passing yards in a player’s first 16 starts with 4,405. Patrick Mahomes had more than 5,000. He has thrown over 600 passes in his NFL career and recorded 25 touchdowns. Granted, his 22 interceptions are a lot. However, he has the necessary experience.

Mullens is currently the third quarterback of the Vikings latest opponent, the Las Vegas Raiders. Jarrett Stidham played well and won’t lose the backup job, so Mullens might be on the move. Another serviceable backup with starting experience. He started 17 games in his NFL career. His biggest asset is his gunslinger mentality. He is not scared of trying to make the big play, even if he’s just the backup. He tries to win the game instead of not losing it.

The former Vikings quarterback started 15 games for Washington in 2021. He stepped in after Ryan Fitzpatrick got hurt in the opening week. Heinicke has already started 16 games in the NFL and an additional one in the postseason in 2020 when he had over 300 passing yards, one passing touchdown, and one rushing score in a gutsy losing effort against Tom Brady’s Buccaneers.

The Commanders selected quarterback Sam Howell in the fifth round. Many considered him among the top quarterbacks in the draft. Howell had a strong performance in the preseason, so the Commanders could view him as the primary backup of Carson Wentz. Heinicke could be a valuable addition as the Vikings’ backup QB.