Vikings to Face Motley Crew of QBs after Bye 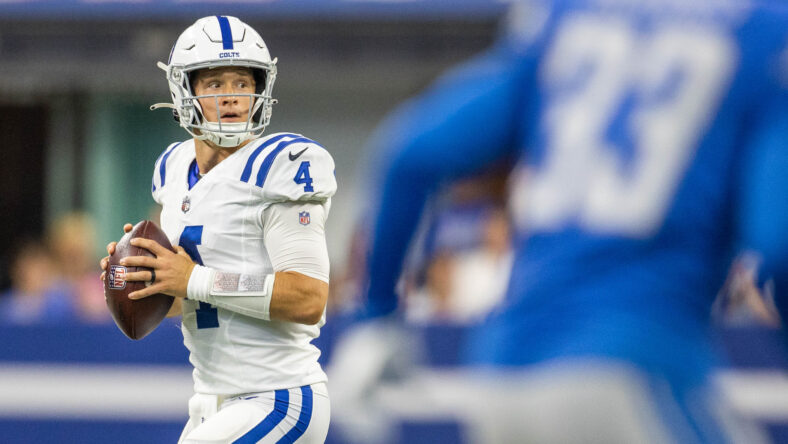 Because of injury, struggles, and everything in between, the Minnesota Vikings have an interesting assortment of opposing quarterbacks on deck.

Immediately, though, the Vikings host the ho-hum Arizona Carindals this weekend, a team with a 3-4 record led by a hot-and-cold passer in Kyler Murray. The Cardinals extended Murray in the summer with an eye-popping $230.5 million contract, but the young signal-caller has struggled out of the gate in his fourth season.

And Vikings faithful don’t know what to expect from Murray in Week 8. He could play flamboyantly, slicing and dicing the Vikings as he did to Minnesota in Week 2 of the 2021 season — or Murray could produce his moody mediocrity on display throughout most of 2022 to date.

Regardless, the Vikings docket of upcoming quarterbacks after the bye week is a mixed bag. Here is the agenda, with an EPA+CPOE ranking assigned to each man. Note that the ranking is out of 35 qualifying quarterbacks:

And, because the Vikings raced to a 5-1 start, they essentially have to tread water the rest of the way to enter the postseason tournament. Of course, Minnesota has eyes firmly set on an NFC North division crown and perhaps a home playoff game or two. Yet, for a commendable first season with a new head coach, the Vikings must playoff 5-6 football in the remaining 11 weeks to enter the playoffs.

The quarterback gauntlet above suggests that is more than feasible. Josh Allen, Dak Prescott, and Aaron Rodgers will probably play in vintage form, but the rest of the group is stocked with quarterbacks the Vikings should contain.

Plus, six of the Vikings final games are at home, so there really is no excuse not to win the division and host a postseason game at U.S. Bank Stadium. Such a contest would be only the second in the facility’s history.

The Vikings are favored by 3.5 points to down Murray and the Cardinals this Sunday.