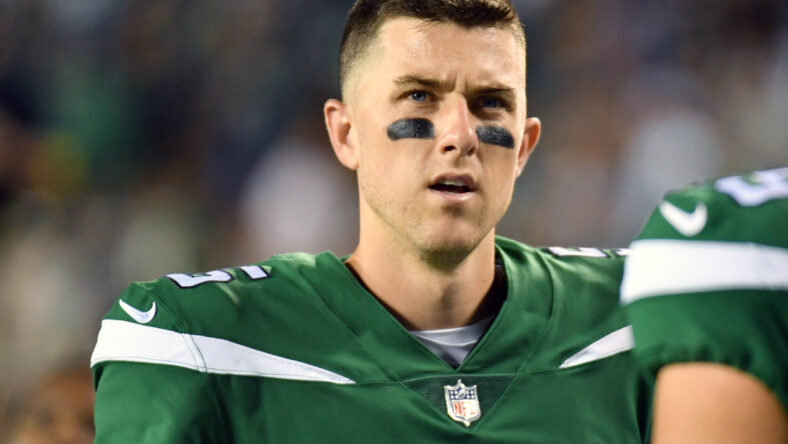 If the Minnesota Vikings want to close out the 2022 regular season with another stack of wins, the opposing quarterback gauntlet isn’t too frightful.

The New York Jets announced the demotion of 2021 1st-Round draft pick Zach Wilson on Wednesday, setting the stage for Mike White at QB1 when the Vikings host Robert Saleh’s team in a week and a half.

Before that, though, Minnesota must first deal with Mac Jones, a 1st-Rounder from the same draft as Wilson. Jones is the New England Patriots QB1 but has encountered a predictable sophomore slump in 2022, ranking 27th out of 32 eligible quarterbacks per QB DVOA after Week 11.

Jones isn’t very productive, and Mike White isn’t Dan Marino. Moreover, the Vikings upcoming quarterback syllabus is far less daunting than the menu from Week 1 to 11. So far, the Vikings have faced Jalen Hurts, Josh Allen, Kyler Murray, and Dak Prescott — a somewhat formidable batch. Now, however, the docket softens. These are the quarterbacks tentatively slated to play the Vikings in the regular’s season remaining weeks:

And per virtually all QB metrics, none of those passers is fear-inducing. Jones is ho-hum. White is outrageously unproven. Goff is Goff. Ryan is older than the Pope. Daniel Jones is decent. Rodgers is pedaling toward retirement. And Fields has blossomed in recent weeks while the team is on a four-game losing bender.

Too, the Vikings are close to putting the NFC North in the bag. The team’s “magic number” is four, needing a combination of four Vikings wins or Detroit Lions losses to clinch the division for the first time since 2017. The Packers used to be the main rival in the magic number chats, but they’ve mightily struggled for about two months.

The tough part of the Vikings quarterback menu is the rearview, and the franchise must focus on rectifying sins from Week 11 when it was bashed by the Dallas Cowboys.

Vegas believes the Vikings will do just that, favoring Minnesota over New England by three points on Thanksgiving night.