Vikings Podcast: Breezin’ into the Bye 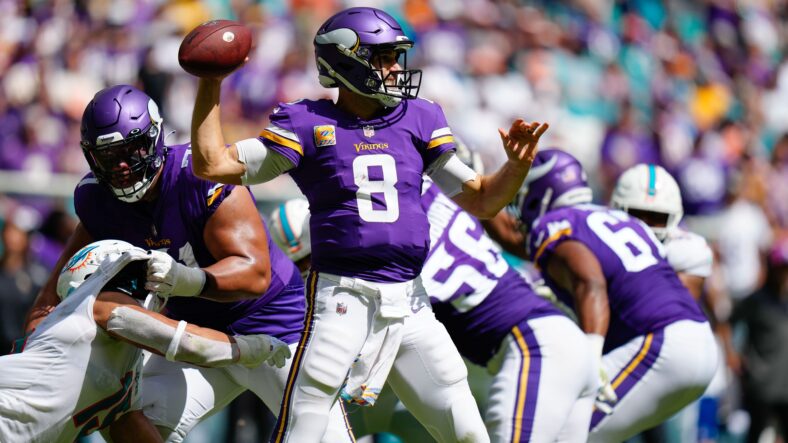 5-1 feels pretty good. I’d find it hard to believe too many Vikings fans would have predicted this outcome coming into the season. As things began to unfold, though, it became apparent that it was a possibility. Credit to the Vikings for finding a way to win in Week 6. The latest episode of Notes from the North – a Vikings podcast – unpacks the game.

Take a look at Sam’s summary of the episode: “Kyle and Sam discuss yet another Vikings win to have them 5-1 going into the bye. They discuss what didn’t go well, what did, and one aspect of the team they would like to fix during the bye.”

Indeed, we spend the opening moments taking on some of the negatives. Miami found far too much success passing the ball. Thankfully, some sacks and turnovers helped Minnesota’s defense avoid a disastrous afternoon against the Dolphins.

Meanwhile, the offense was struggling to move the ball. Kirk Cousins & Friends will be looking to ensure they don’t repeat the poor effort in Week 8 when they take on the Cardinals.

Thankfully, the Vikings still found a way to snag their fifth win of the season. At 5-1, Minnesota is towards the very top of the conference, putting them in a nice position as the season marches toward its halfway point. The bye week can hopefully allow the roster to rest and recharge for what will be a challenging final 2/3 of the year.