Vikings Overdue for Some Special Teams Magic at Home 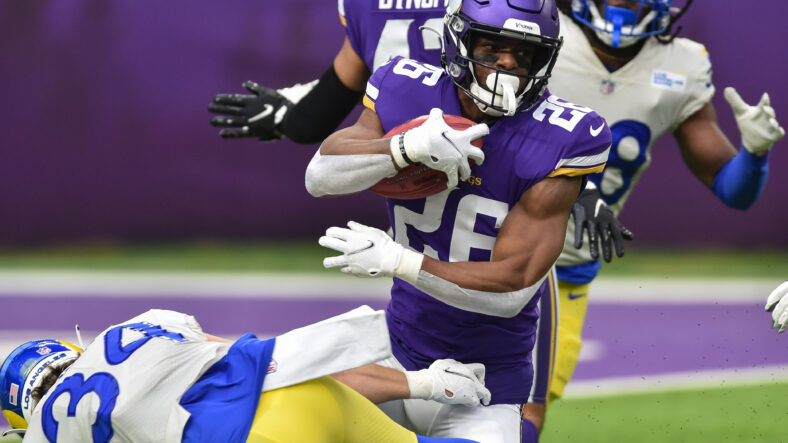 Out of the gate in its first season of existence, former Minnesota Vikings Cordarelle Patterson and Marcus Sherels returned a kick and punt apiece for touchdowns at U.S. Bank Stadium. Since then, it’s crickets for Minnesota’s special teams touchdowns at home, creating an overdue need for some magic.

On October 9th, 2016, Sherels took a punt to the house from 79 yards away in a Vikings victory over the Houston Texans, 31-13. Six weeks later, Patterson took a kick back 104 yards to help topple the Carson Palmer-led Arizona Cardinals, 30-24. That was the same game that ex-Vikings CB Xavier Rhodes returned an interception for a 100-yard touchdown. What a day.

Then, a drought ensued.

No Vikings players returned any kicks or punts for touchdowns — anywhere — in the following five years until Kene Nwangwu, a 2021 rookie from Iowa State, came along. Known for speed coming out of college, Nwangwu returned two kicks for touchdowns — on the road — in a four-week span. Of course, this was the 2021 Vikings we’re talking about, so Minnesota lost both games. And those losses to Baltimore and San Francisco were especially crucial as, in the end, the Vikings needed just one more win to reach the 2021 playoffs. No such luck.

The good news? Nwangwu is only 24 years old and should be a member of the Vikings for at least three more years. His rookie contract expires after the 2024 season. He is considered the incumbent and frontrunner to return kicks again in 2022 unless the Vikings coaching staff does something funky.

For punts, however, the identity of the 2022 returner is unclear. Last year, the job belonged to Dede Westbrook, who was not retained by Minnesota this offseason. Instead, general manager Kwesi Adofo-Mensah signed veteran Albert Wilson for the “Westbrook role,” but there is no guarantee that the ex-Miami Dolphin returns punts — or even makes the 53-man roster at the end of the month.

Also vying for punt-returning duties are Ihmir-Smith Marsette and rookie Jalen Nailor. Both are speedy and known for big-play ability, especially in college. A month ago, Nailor was asked on VikesNow if he expected to compete for the punt returner job, and he replied affirmatively, “Yes, sir. Absolutely. I definitely believe I’ll be able to go out there and show my skills as a punt returner.”

So, between Nwangwu with a full season’s worth of kick returns — he didn’t play until Week 7 in 2021 — and the Wilson-Nailor-Smith-Marsette platter, the Vikings have a reasonable chance to end the naughty streak at U.S. Bank Stadium.

They’ll get their first chance in 41 days versus the Green Bay Packers to open the season.