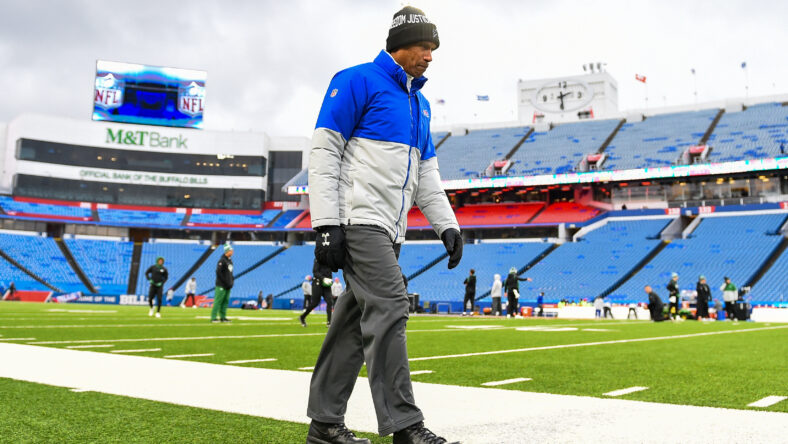 We are now halfway into a season where the Minnesota Vikings cleaned house and went for a philosophy change. Gone is the old-school head coach with a defensive background. In is an offensive-minded Kevin O’Connell with an aptitude for progressive thinking. On Sunday, however, Minnesota will need to solve a former puzzle.

Mike Zimmer was sent packing after last season mainly because he was viewed as a hard-nosed, old-school coach that hadn’t adapted to the current game. He failed to get buy-in from the current locker room, and his brand as a defensive guru had long passed him by. Given his age and fallout, he likely won’t ever operate as a head coach across the NFL again, but he certainly could resurface back on the defensive side of the ball.

Minnesota promoted Frazier to head coach during the 2010 season, and he remained in the position through the 2013 season. He owned a 21-32-1 record during that time, with his most successful season checking in at 10-6 in 2012. He hasn’t been a head coach since, but after two seasons as the Tampa Bay Buccaneers, he’s been the Buffalo Bills defensive coordinator since 2017.

Each of the past four seasons, Frazier has coached one of the better defenses in the NFL, and this season the average across the board makes them arguably the best in the game. Buffalo is first in scoring defense while being incredibly stingy against both the run and the pass. To say there’s a specific way to beat them would be making light of the situation.

Unfortunately, that’s what Kevin O’Connell’s new school Vikings offense will be tasked with on Sunday. Maybe they get somewhat of a break should a backup quarterback again be under center, but their own offense will have their hands full. Justin Jefferson will undoubtedly be blanketed, and Kirk Cousins can expect plenty of both Ed Oliver and Von Miller in his face.

It will be interesting to see how the Vikings attack their former head coach. The team has certainly turned over since his time in Minnesota, but the schemes will compete with that added incentive from an ownership group that would love a victory. Plenty was made about Zimmer’s style when he was shown the door, and now O’Connell and Wes Phillips need to find a way for the offense to control the action.

Dalvin Cook could provide a breakout game that helps the time of possession, and new addition T.J. Hockenson may be a great safety blanket to move the sticks. Either way, we’re going to see if the 37-year-old and his experience can trump the 63-year-old and his.