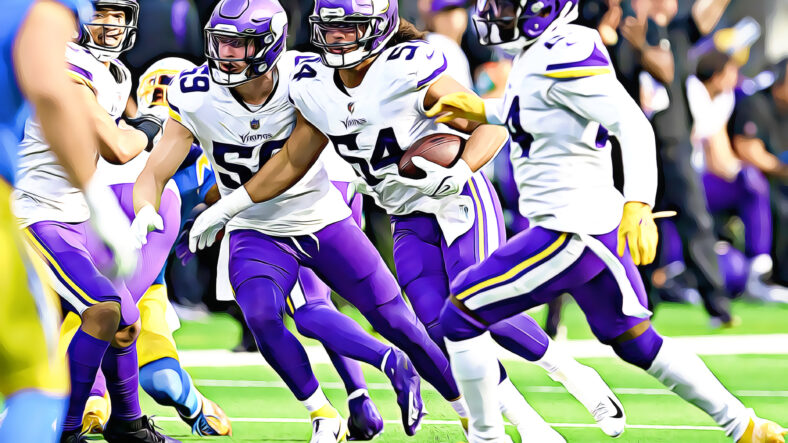 The Minnesota Vikings lost long-time linebacker Anthony Barr to free agency this offseason, but the linebacking corps didn’t miss a step, at least in terms of leaguewide opinion.

New general manager Kwesi Adofo-Mensah added veteran Jordan Hicks to the group from the Arizona Cardinals and drafted Brian Asamoah from the University of Oklahoma. And as the Vikings shift to a 3-4 defensive scheme, those moves will do the trick, according to Pro Football Focus.

PFF ranked all the NFL’s linebacking units on Tuesday, and the Vikings checked in at #5. Seth Galina noted about the Vikings linebackers, “In Eric Kendricks, the Vikings have had a superb all-around linebacker for years. Kendricks’ grade did falter in 2021 — a 59.9 mark that was down from 82.6 and 90.1 the past two years, respectively. A new defensive coordinator and scheme will help him, though. The Vikings also brought in the underrated Jordan Hicks from the Cardinals in free agency.”

Kendricks will attempt to resurrect from an unforeseen down year in 2021. The Vikings defender quietly posted a 59.9 grade from PFF in 2021, a departure of 22.7 points from his upper-echelon 82.6 score in 2020. Kendricks turned 30 in February, so the 2022 season — with a new defensive coordinator and scheme — will determine if the 2021 slump season was an outlier.

After Kendricks, Hicks is the other notable off-ball linebacker and the only other one who will start in Ed Donatell’s defense. Off-ball linebackers, for the most part, will shrink in volume for the 3-4 setup. In Hicks, Minnesota onboards a player who rarely comes off the field. He signed a two-year, $12 million in March with the Vikings. Hicks hasn’t missed a game since 2018 and has played in over 92% of all defensive snaps for the Cardinals in each season over the last three years. Hicks even fired up a better grade from PFF than Kendricks in 2021.

In cleanup duty, the rookie Asamoah will get a crack at playing time, too. He arrived to the Vikings as a product of the trade with the Detroit Lions on draft night. The depth after Kendricks and Hicks is suspect, enabling Asamoah to get a fair shake sooner than later inside Minnesota’s 2022 defense.

Overall, these are the Vikings linebackers with less than a month before training camp:

If the Vikings desired enhancements to the group because of injury or otherwise, Anthony Hitchens, Joe Schobert, and Danny Trevathan are free agents.

The Vikings rank 16th in positional spending on linebackers heading into 2022.