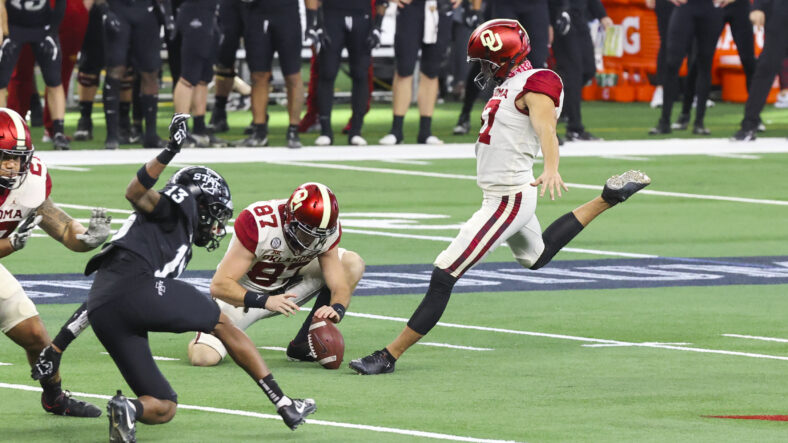 With incumbent kicker Greg Joseph in the house, the Minnesota Vikings looked like a team slated for a summer kicking battle, a practice familiar to fans since the 2016 demise of Blair Walsh. But the Vikings brass decided — at least for now — Joseph is “the guy,” waiving Brkic, an undrafted free agent, on Friday.

Minnesota held mandatory minicamp earlier this week, and at the two-day event, Brkic was unimpressive. Joseph resembled a starting kicker, whereas Brkic did not. An outright release of Brkic, as a result, was not expected, but the Vikings had other plans,

Brkic was theorized as the third or fourth-best kicker in the 2022 draft class, experiencing a successful career at Oklahoma. Initially, the Vikings inked the Sooner to a three-year contract, but minimal guaranteed cash was tied to the agreement. Nonetheless, the three-year commitment felt like a signal to Joseph that a battle was on the way.

But the battle is over — in early June.

Joseph encountered a topsy-turvy 2021 season, getting off to a gruesome start down in the desert in Week 2. The Vikings were on the road at the Arizona Cardinals, and Joseph singlehandedly cost Minnesota a sure victory by missing a chip-shot game-winner versus Kyler Murray’s Cardinals, a team flying high at the time. In fairness to Joseph, the week before at Cincinnati, the then-new kicker was remarkably clutch. Yet, the missed walk-off kick in Arizona caused resentment from Vikings enthusiasts.

After that, Joseph embarked on a quiet redemption tour. Minnesota was effectuating its fate as a mediocre ballclub in Mike Zimmer’s final season. At the same time, Joseph hit a couple of game-winners along the way to gain trust back from the organization and its fans.

When the 2021 season capped, the Vikings were the NFL’s 13th-best field-goal kicking team, converting 86.8% of kicks — a commendable mark, especially for Minnesota, a franchise habitually snakebitten by untimely missed kicks. Joseph even connected on 7 of 9 field goals of 50+ yards, a tremendous feat among the NFL’s best kickers for accuracy.

Joseph should now be considered the clear frontrunner as the Vikings kicker, perhaps the only player at his position on the roster heading into the regular season, which is less than three months away.

Should new general manager Kwesi Adofo-Mensah prefer another round of competition for Joseph, free agents like Michael Badgley and Sam Ficken are available.