Vikings Fans Head to the Mattresses after Loss to DAL 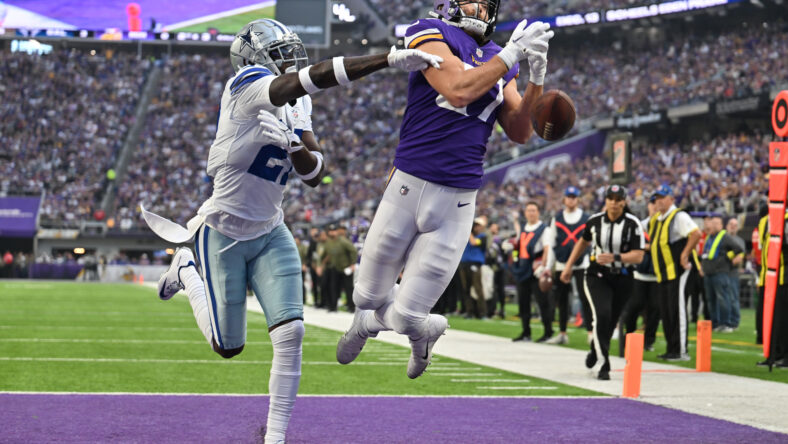 The Minnesota Vikings weren’t destined to finish 16-1, and a 40-3 home defeat at the hands of the Dallas Cowboys sent some fans to the mattresses.

Minnesota was brutalized by Dallas, unable to accomplish anything easily and subsequently suffering the second-worst home loss in franchise history per score margin.

While conventional logic or common sense might suggest the Vikings are still an 8-2 ballclub with the playoffs and NFC North crown firmly in view, several Vikings loyalists panicked — thoroughly freaked out, even — chiding the team as fraudulent and unbecoming of a contender.

The Vikings have a quick turnaround with get-right aspirations in sight, hosting the New England Patriots on Thanksgiving night — a team with the best defense in football. If you thought the Cowboys defense was daunting, cue Judas Priest’s You’ve Got Another Thing Comin’ because the Patriots defense outshines Dallas in most statistical metrics.

Levelheaded folks forecast a Vikings bounceback. The team isn’t 8-2 through 10 games on accident or from sheer luck. But make no mistake, oodles of fans perceived Minnesota’s 37-point loss as a symptom of a fatal disease rather than an outlier.

David Torok from Twitter posted after the Vikings loss, “Vikings are a .500 team by almost all metrics. Things will even out the back half of the schedule. This team will back into the playoffs and lose early. They are still the Vikings, after all.”

Not a Vikings fan, but Booger McFarland seemed to blame Kirk Cousins and the team’s offensive line.

Twitter’s SteadyWarbler insisted this is why Minnesota sports fans should refrain from emotionally investing.

Thomas Regan was anxious to pile on.

Ricky Fontaine believes that fans already have their talking points planned for an eventual playoff loss.

A fan named Vin tweeted, “Vikings have a defense problem, and it’s catching up to them.”

Therefore, whether fans rest on “this kind of stuff happens” laurels or devolve into full-blown panic mode, the Vikings face an inflection point on Thursday. They have two upcoming plates of home cooking on the agenda — one on Thanksgiving, no less — and can atone for sins in four days.

If they do not, the panic, fraud, and here-we-go-again jargon will persist.

The Vikings are favored by three points to outduel New England.