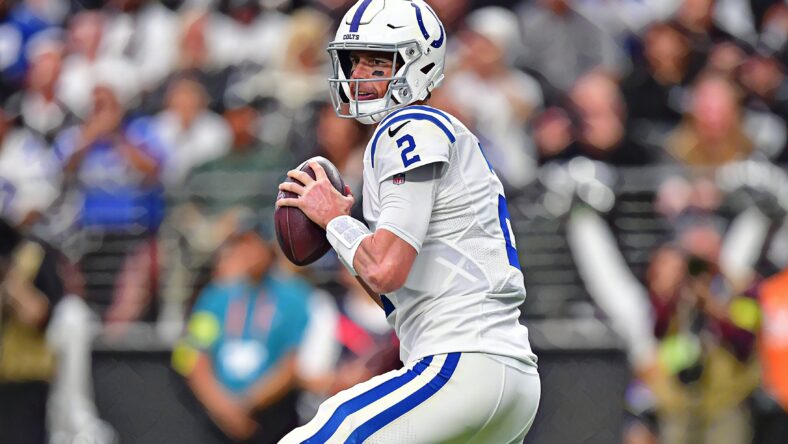 The Minnesota Vikings play the Dallas Cowboys at 3:25 pm CST on Sunday, but fans of the team will have wandering eyes beforehand.

Minnesota’s new primary foe, at least until the end of the 2022 season, is the Philadelphia Eagles. The franchise’s usual nemeses, the Green Bay Packers (4-7) and Chicago Bears (3-7), no longer pose a threat to the Vikings 2022 standing, but the Eagles certainly do.

And those Eagles travel to Indianapolis in the “noon hour” for a date with the Colts, a club led by first-time head coach Jeff Saturday. The Colts fired Frank Reich after a Week 9 drubbing by the New England Patriots, replacing the former Eagles offensive coordinator with Saturday, who played center for the Colts from 1999 to 2011.

Why do Vikings fans wish losses upon the Eagles? Simple — a quest for homefield advantage. The Vikings haven’t had the No. 1 seed in the NFC playoffs since 1998. On Monday Night Football in Week 10, the Eagles suffered an unexpected home loss to the Washington Commanders, opening the door for the Vikings to dream about claiming the NFC’s top seed for the first time in 25 seasons.

Until the Eagles-Commanders showdown, the Vikings mission to seize the No. 1 seed was a pipe dream because the last time Minnesota lost a game was Week 2 — to those very Eagles. Losing to Washington made Philadelphia seem mortal, a first-of-its-kind sentiment in 2022.

The Eagles are human, and the Vikings have played superhuman since Week 3.

Of course, the Vikings must win, too, to make any anti-Eagles or pro-Colts stance worthwhile. Minnesota hosts the Dallas Cowboys at 3:25 pm CST in Week 11, losing four of its last five matchups with the Cowboys. The Vikings haven’t toppled the Cowboys in the state of Minnesota since 2010. But even as weird 1.5-point home underdogs, Vikings loyalists have faith that Dallas can be defeated.

Accordingly, if the Colts pull a rabbit out of a hat versus Jalen Hurts’ Eagles — and the Vikings take care of business at home — Minnesota could hold sole possession of the No. 1 seed and subsequent claim to homefield advantage by supper on Sunday night.

The Eagles are favored by 6.5 points to beat the Colts, so the plan won’t hatch without some good luck. Still, the Colts have a reasonably talented roster and were darlings to win the AFC South about three months ago. Any given Sunday, huh?

In the last 10 seasons, the Colts are 46-31 (.597) at home, the NFL’s 11th-best record during the timeframe. Traditionally, Indianapolis is a formidable foe inside its building, and with the Eagles reeling from the loss in Week 10, a win by the Colts wouldn’t utterly shock the masses.

The aforementioned Saturday’s first order of business was benching Sam Ehlinger at quarterback, handing the scepter back to Matt Ryan, whose career seemed kaput a few weeks ago. But not so fast, said Ryan, as the reinstated passer, plus Saturday, downed the Las Vegas Raiders last weekend amid Saturday’s head coaching maiden voyage.

The Vikings only need to finish one game ahead of the Eagles when Week 18 closes out to ensure the road to the Super Bowl travels through U.S. Bank Stadium. With any luck, the Vikings could grab the NFC’s top seed on Sunday and never relinquish it — if Indianapolis does the purple team a solid.