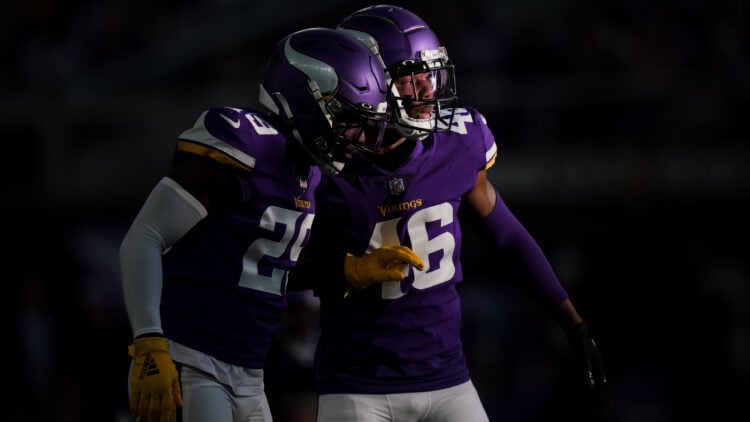 The Minnesota Vikings will be without the services of safety Harrison Smith and rookie cornerback Andrew Booth on Sunday, as both men were ruled out on Friday due to injury.

As replacements, the team elevated safety Myles Dorn and cornerback Duke Shelley from the practice squad for the Week 3 matchup with the Detroit Lions.

Minnesota has defeated Detroit eight times in the last nine games, but this version of the Lions could be different. Suddenly, the Lions can score — to the tune of second-most points in the NFL through two weeks — while the Vikings defense looked supremely suspect in Week 2 at Philadelphia.

Accordingly, depth is necessary to slow down the upstart Lions offense, led by running back D’Andre Swift, who is questionable for the game, and wide receiver Amon-Ra St. Brown. Quarterback Jared Goff has not performed marvelously through two games, but his production is akin to a competent game manager.

Dorn, a 24-year old in his second season with the Vikings, was called up for the Week 1 game against the Green Bay Packers, playing nine special teams snaps in the win. The North Carolina alumnus has never taken a defensive snap in Minnesota, but that could change on Sunday with Smith still out in the NFL’s concussion protocol. Dorn has taken 149 snaps in purple in his career but all on special teams.

Shelley was a 6th-Round pick by the Chicago Bears in 2019, spending three seasons with the franchise before joining the Vikings via free agency late in the summer. He’s played 31 career games while starting six, accounting for 53 tackles, seven tackles for loss, three passes defended, and no interceptions. Shelley played about 40% of all Bears defensive snaps in 2021 en route to a 100.0 passer-rating-against. The Vikings called Shelley up from the practice squad in Week 2, using the cornerback on three special teams plays.

At 5’9″ and 176 pounds, the Kansas State alumnus tallied 165 tackles and eight interceptions in 37 college games. Shelley also returned kicks and punts during his senior season.

Week 3 serves as a defensive test for the Vikings, a team currently ranked 29th in yards allowed, 30th in defensive DVOA, and 31st in completion percentage allowed. About the only saving grace after the Monday night beatdown for Minnesota on defense is that team isn’t penalized very often, ranking third in fewest penalties through two weeks. Aside from that, Philadelphia exposed the Vikings defense in Week 2.

Linebacker Eric Kendricks is also on the Vikings injury report as questionable but is expected to play. The Vikings are six-point favorites to beat the Lions.