Vikings’ Defense is Finding Its Stride 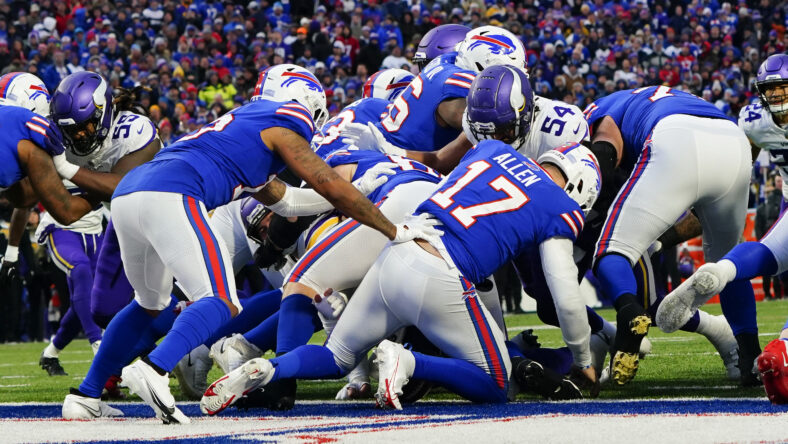 A couple of days after the game of the year against the Bills, I finally caught my breath. What a thrilling game that has taught us so much about this Vikings team. One of the most important things we learned is that the Vikings’ defense is finding its stride.

Winning is contagious and this team continues to find different ways to get it done. Over the last couple of weeks, the offense has performed well, but the defense has been closing things out. To remind you of just how good the defense has been at closing out games, here is how the last few games ended:

Time and time again, the defense is called upon to make a play to either give the offense a chance to score or seal the game. The 2022 Vikings’ defense has answered that call repeatedly. This is not a fluke. This is who they have become and it is a far cry from the 2020 and 2021 Vikings.

You may have also noticed that it is not one particular part of the defense that is making this happen either. It is the defensive line and the defensive backfield playing together. This is something that was missing in the first few games as the defense was still learning the Donatell scheme. Well, that is all behind them now.

The Vikings’ Defensive Line is as Good as Advertised

The hype around Danielle Hunter and Za’Darius Smith at the beginning of the season was electric. Some were calling it the best edge duo in the league. And over the last few games, they have lived up to that hype.

In fact, the further along we get into the season, the more impressive this duo becomes. To put into perspective just how good this duo has been, here are some quick stats provided by Pro Football Reference:

The production is impressive and yet a bit deceiving. Smith has been lights out all year, but Hunter has turned it on as of late. The one big change is that Donatell has let Hunter put his hand in the dirt more frequently, which he is much more explosive out of than standing. These changes seem small but will have a serious impact moving forward.

Couple the greatness of these two pass rushers with Harrison Phillips and Dalvin Tomlinson (when he returns) and the Vikings’ defensive line will be scary good to finish out the season. Not to mention when we enter the postseason.

Let’s Not Forget About the Defensive Backfield

I won’t really mention Eric Kendricks and Jordan Hicks. Those two have been playing well all year, which was expected. However, the defensive backs have been a pleasant surprise this season.

In the last couple of years, they have really struggled. However, this year they seem to be playing a little more freely, which is likely due to coaching. Cam Dantzler, when healthy, has been an adequate starter and Patrick Peterson has been electric. Akayleb Evans has played well when called upon, including a huge pass breakup in the Commanders’ game against Scary Terry McLaurin.

Patrick Peterson’s resurgence this year has been the biggest difference to this group. He may not have all the speed of his younger self, but his veteran savviness and game study have put him in a position to make plays week after week. This savviness has led to some impressive numbers:

This type of play is exactly why you keep a veteran like Peterson in the building.

The defense isn’t a fluke. They will give up yards and points. However, when it comes down to pinnacle moments, they will answer the call to make a play.