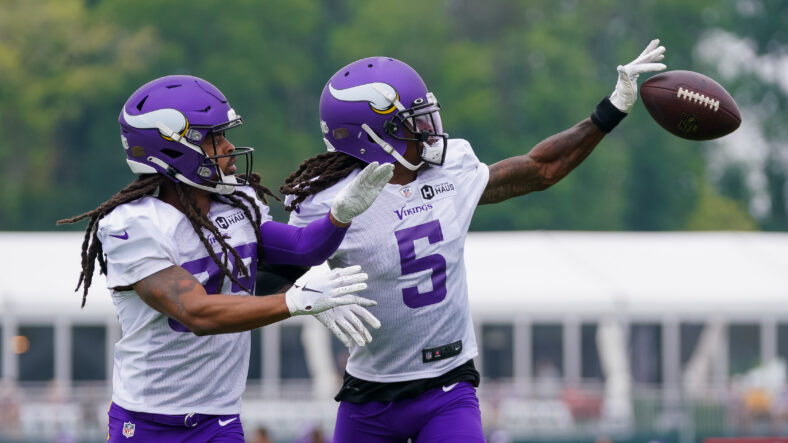 The Minnesota Vikings unexpectedly released punter Jordan Berry on Thursday, clearing a spot to add a familiar face to the roster.

Cornerback Tye Smith rejoined the Vikings to bring the roster back to 80 players.

Smith played for the Vikings in 2021, mainly as a special teamer. Minnesota’s former front office, led by Rick Spielman, scooped Smith from free agency in June 2021.

So far this offseason, Smith has encountered a topsy-turvy chain of events with the Vikings. Kwesi Adofo-Mensah re-signed him in March. Then, Minnesota released Smith on August 16th amid the first batch of roster cuts. Nine days later, Smith returns to the 80-man depth chart.

Smith, 29, is no stranger to the NFL’s wayward tendencies, though. The veteran defender has been a part of the Seattle Seahawks, Tennessee Titans, Washington Redskins, and Vikings since entering the league in 2015. Seattle originally discovered Smith in the 5th Round of the 2015 NFL Draft. And by wayward, this is why, evidenced by his career transaction log from Stathead.

The Towson alumnus will now fight for a 53-man roster with the Vikings existing CBs: Andrew Booth, Kris Boyd, Cameron Dantzler, Akayleb Evans, Nate Hairston, Parry Nickerson, Patrick Peterson, and Chandon Sullivan. The Vikings are expected to keep around six cornerbacks on the active roster in 2022.

Smith played 17 defensive snaps in 2021 for Minnesota. He was at the peak of his power in 2019, grading a 71.3 mark from Pro Football Focus with the Titans.

The Vikings must shave the roster to 53 men by August 30th.