Upcoming Vikings Game Is Like a 9-Part Soap Opera 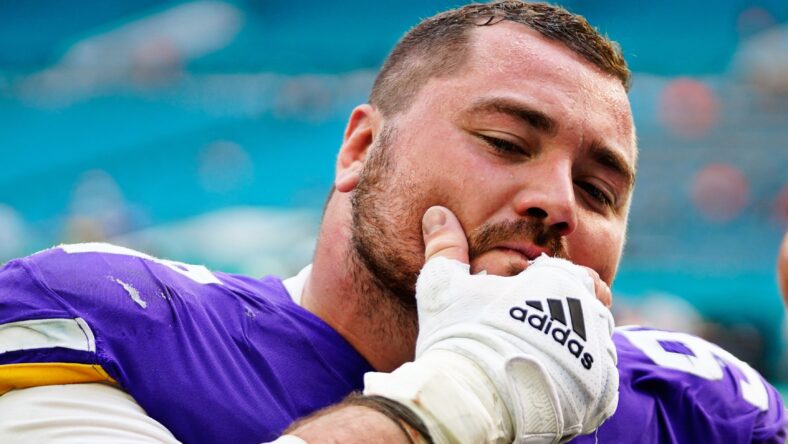 So many storylines fill the plot for Minnesota Vikings at Buffalo Bills, it could syndicate as a soap opera on daytime television.

The Vikings travel to Highmark Stadium for a date with the Bills this Sunday and haven’t won in Buffalo in 25 years. And that’s not even the tip of the purple iceberg for the drama.

These are the nine soap opera-like elements for Sunday.

Leslie Frazier vs. His Old Team

From 2011 to 2013, Leslie Frazier was the head coach of the Vikings. Minnesota was the NFL’s eighth-worst team during his tenure. He left, and Mike Zimmer took over, restoring the franchise to winning respectability.

Harrison Phillips vs. His Old Team

For some reason, the Bills did not prioritize re-signing Harrison Phillips, who played in Buffalo for four seasons. His rookie contract expired in March, and he skedaddled to the Vikings.

Phillips has a 70.1 Pro Football Focus grade in Minnesota, the 11th-best on the team through Week 9. He’s making an impact on Minnesota’s improving defense. Phillips is also a swell guy, and Bills fans lamented his exodus.

“Will he or won’t her play” has dominated this week’s narrative pertaining to Bills-Vikings, and that slogan applies to Josh Allen.

Allen injured his elbow last weekend, perhaps trending toward an absence versus the Vikings. He hasn’t practiced that week.

Insert Case Keenum, who led the Vikings to an NFC Championship berth in 2017. That didn’t end up so hot, but Keenum still has strong emotional ties to the Vikings fanbase.

Stefon Diggs vs. His Old Team

Once upon a time, Stefon Diggs was Minnesota’s finest, a 5th-Round draft discovery by former general manager Rick Spielman. Diggs was loved universally by Vikings loyalists, especially after authoring The Minneapolis Miracle with the aforementioned Keenum.

But then he soured on the franchise, tweeting his way out of town with bizarre statements and weird song lyrics. The Vikings ultimately traded Diggs to Buffalo for a man named, well, more on that later.

The Cooks — Brother vs. Brother

The Bills drafted a running back named James Cook in April, desiring a fix to their RB room once and for all. James is the brother of Dalvin Cook, the Vikings RB1 since 2017.

Each man — and the men’s mother — has circled this game on their calendars, as brother vs. brother is on the way this weekend.

Dalvin plays substantially more than James, but the two brothers obviously know each other well.

Don’t look now, but the Bills and Vikings could theoretically meet in the Super Bowl this February, where something would “have to give.” Why? Well, they’re the two naughty 0-4 Super Bowl teams throughout NFL history.

Buffalo couldn’t close the deal in the early 1990s, whereas the Vikings floundered in Super Bowl games during the 1970s.

Fans of both franchises remember the Super Bowl-less-ness — and remember it well.

Chances of playing time are a longshot, but former Vikings Xavier Rhodes and Zach Davidson reside on the Bills practice squad. It wouldn’t be earth-shattering for either man to get called up for Week 10.

Rhodes played in Minnesota from 2013 to 2019. Davidson was a practice-squad tight end for two seasons and was fruit of the Diggs trade to Buffalo.

Perhaps lost in the personnel storylines, the Bills and Vikings are both flat-out good teams. The Vikings somehow even have a better win-loss record than the mighty Bills.

Buffalo is the Vegas frontrunner to win Super Bowl LVII (+330), while the Vikings are the seventh-likeliest team to win it all (+1600). Suppose there were no ex-player storylines. This matchup would still be as juicy as a watermelon.

This was the 2020 trade via personnel after all draft picks were selected:

In determining “who won the trade,” which folks absolutely love to study, Bills-Vikings in Week 10 is the next dramatic chapter.