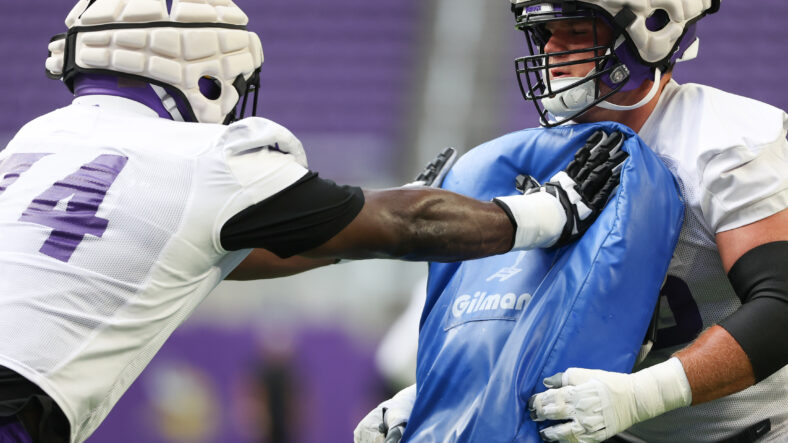 The court of public opinion is split on the Minnesota Vikings 2022 prognosis. Some pundits believe the franchise is headed in the right direction after onboarding new leadership while keeping the depth chart unusually similar to 2021. Others have a more unflattering prediction.

Between May and late July, the picture didn’t crystalize, with NFL experts and fans still all over the board on the 2022 Vikings. Athlon Sports released its Vikings preview this week, projecting Minnesota to finish with a record akin to 2021, meanwhile missing the postseason for a third consecutive season.

Indeed, Athlon predicted about the Vikings, “The Vikings won’t unseat the Packers atop the NFC North. They’ll battle for the seventh playoff seed, finish 8–9 or 9–8 and narrowly miss the postseason for the third straight season.”

Athlon defended the prediction, “O’Connell will help, but he won’t transform Cousins into Matthew Stafford in one season. The line will continue to struggle inside. The defense is thin and injury-prone up front, counting on two rookies in the secondary, and likely needs a year to master the switch to a 3-4 scheme.”

If one doesn’t believe in the wizardry of O’Connell in Year One, the Athlon forecast checks out. Why? Well, the Vikings are banking on a singular method of repair. That is, the team only needs a new coaching staff that can do what Mike Zimmer could not — whisk a good roster to the playoffs. Minnesota set an NFL record in 2021 for most games decided by eight or fewer points (14 games), so the Vikings brass evidently surmises a new coach can “put the team over the hump.” Perhaps it’ll work; perhaps it won’t.

The most indicative aspect of the 2022 Vikings to monitor is the defense. From 2014 to 2019, Zimmer’s defense was king. In his final two seasons, the defense succumbed to serfdom. The evidence is substantiated by defensive EPA/Play, an analytical statistic measuring efficiency.

Vikings Defensive Ranking,
Per EPA/play,
Since 2014:

If Minnesota can drag that 23rd-in-the-NFL closer to the middle of the pack — or even higher — the chances of finishing 8-9 or 9-8 and missing the playoffs will dip.