Throw by Kellen Mond Gets Folks Excited All over Again 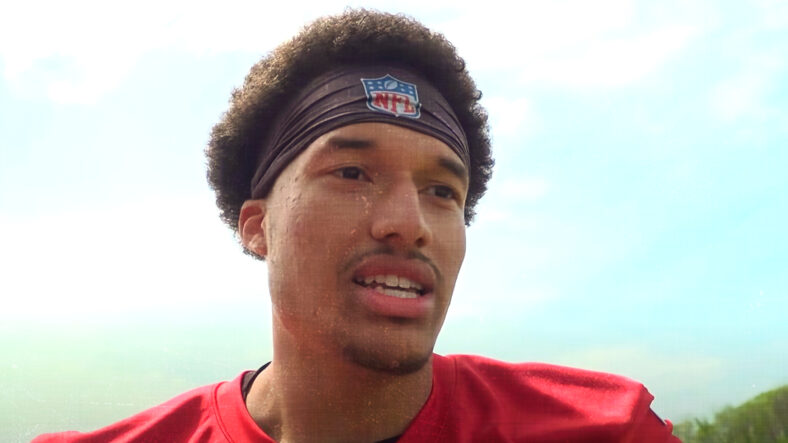 Fans of every team possibly needing a quarterback of the future wanted “Kellen Mond in later rounds” during the 2021 NFL Draft.

Thanks to former general manager Rick Spielman, Mond landed with the Minnesota Vikings, serving as QB3 in his maiden voyage. Onlookers of the Vikings wanted a look at the Texas A&M alumnus when Kirk Cousins missed a 2021 game due to COVID, but Minnesota’s previous coaching staff emphatically disagreed.

Then, a new coaching staff, led by Kevin O’Connell, arrived and announced Mond would receive an honest-to-goodness look as the franchise’s QB2. O’Connell has lived up to his word as Mond and teammate Sean Mannion have dueled for the job at Vikings training camp.

Neither man has looked overly efficient through two weeks of camp, but these are backup quarterbacks. On Friday, though, Mond uncorked a bomb to free-agent addition Albert Wilson — off his back foot rolling left — that brought swimmers in the Mond Pond back to the deep end.

The 23-year-old may not be the most accurate passer in Year Two, but arm strength has never been an issue. And the bazooka was on full display at TCO Performance Center, if only for a play.

The impressive touchdown occurred as the Vikings are deciding roster personnel at a few positions. Of course, Mond and Mannion are likely to perform the QB2 dance all the way up to the start of the regular season. The starting cornerbacks are also undecided but will likely end up as Patrick Peterson and Cameron Dantzler. Either Camryn Bynum or rookie Lewis Cine will start at free safety. Someone has to win the WR4 job between Ihmir Smith-Marsette, Jalen Nailor, Bisi Johnson, and the aforementioned Wilson. Plus, the Vikings must determine starters at center and right guard.

But the QB2 choice is vital for reasons beyond the 2022 season. Minnesota must know if Mond is a viable QB1 option for the future in the event the Vikings once again finish around 8-9. A subpar record would almost certainly signal the end of Kirk Cousins’ tenure with the organization. Mond must win the QB2 job over Mannion to prove he possesses the upside necessary to develop into a QB1. If he cannot surpass Mannion — an underwhelming football player — on the depth chart, the Vikings will be tasked with examining the 2023 or 2024 draft classes for the next QB1.

The throw from Mond wasn’t a total game-changer for his QB2 mission, but it did provide a glimpse of athleticism that Mannion does not have.

Mond and Mannion will see ample playing time this weekend when the Vikings take on the Raiders in Las Vegas.