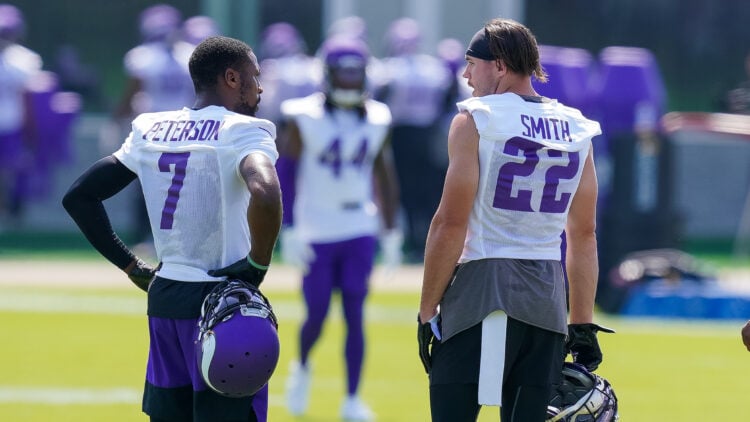 There have been a lot of rankings on various sites. Some of them are better than others.

Some, like PFF and NFL Next Gen Stats, use data, while others are entirely subjective. Both of those ways are useful for evaluating players. However, some of the rankings are absolutely disrespectful to certain players.

Dalton Miller from ProFootballNetwork.com ranked the best 32 safeties in the NFL, and one Viking made a list.

Smith has been the best defender on the Vikings’ defense for most of the last decade. He had some contention by pass rushers Danielle Hunter and Everson Griffen, linebacker Eric Kendricks, and cornerback Xavier Rhodes. The latter was among the best in the business at his position in 2017.

However, Smith has been the most consistent of the group, as he’s basically playing at an elite level every single season. In the last two years, he was babysitting a young secondary at times and still managed to produce. Now, he’s 33 years old but shows no signs of slowing down.

Per PFF, Smith was a top-15 safety in the NFL in all but two of his ten NFL seasons, including 2021. In four campaigns, he finished as a top-5 safety and was even the top-graded safety in 2017.

“…Coverage is king in the NFL, so it is difficult to crack the top 10 if one cannot consistently produce in their specific team’s coverage scheme. That will be very important to remember for a few of the players within the top 10.”

– Dalton Miller about his rankings

Since Smith was a Vikings draft selection in 2012, he is third in interceptions, only trailing long-time Seahawk Richard Sherman and current Baltimore Raven Marcus Peters with 29 catches. Per NFL Next Gen Stats, Smith leads the league in ‘Ball Hawk Rate‘ since 2018. He doesn’t just lead the league; he destroyed the opponents and led by a wide margin.

What makes the ranking even worse is that he’s ranked six spots behind former Viking Jayron Kearse. The current Dallas Cowboy had an excellent 2021 season, but to place him above Smith is a stretch.

The lack of attention could eventually cost the former Notre Dame star a bust in the Hall of Fame, as he was named to the first-team All-Pro just once in his career. Smith doesn’t make splashy plays that appear on highlight shows every week. He isn´t surrounded by the hype other players get, but his play is always elite, and the NFL royalty acknowledges that. Just like rival QB Aaron Rodgers when he praised him.

“He [Harrison Smith] is definitely the total package.. he’s the most difficult player to determine what he’s doing on any play.”

Bill Belichick said similar things in the past.

Football savants in the NFL know how good the Vikings defender is. It’s time for analysts to finally catch up and appreciate Smith’s greatness. He’ll once again be the man in the middle in the secondary of the purple team in 2022. Added to his role is that he will play next to a rookie who needs mentorship. The veteran is the best person to teach Lewis Cine the game of football.