The Vikings Top Offensive Performers vs. Raiders, per PFF 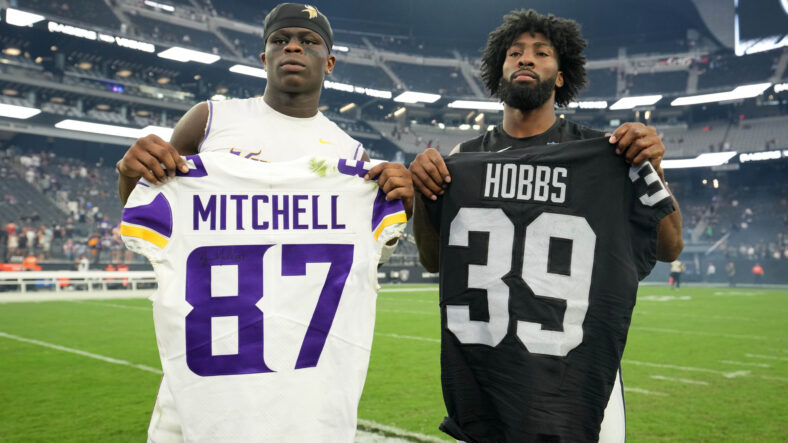 Most Minnesota Vikings players’ sample sizes were limited in the team’s first preseason game of the year. Still, per Pro Football Focus, standout performers can be gleaned to a degree.

The Vikings lost to the Las Vegas Raiders 26-20 but showcased an impressive effort from second-year quarterback Kellen Mond — who was the reason fans watched in the first place.

According to PFF, these were the Vikings offensive best players — again, in limited action — at Las Vegas:

Ty Chandler unabashedly took the purple cake, chipping off a gaudy 10 yards per carry on five attempts. The Vikings rookie RB stole the show, making a case for the best players on the field, between both teams, on Sunday afternoon. He even authored some razzle dazzle on a kick return:

Ed Ingram stole the show for Vikings fans who really get in the weeds. For nearly a decade, Minnesota’s offensive line has struggled via pass protection, so when the LSU rookie “looked the part” in a single preseason game, it was quasi-breaking news. If only for a small allotment inside a reason game, Ingram proved why general manager Kwesi Adofo-Mensah scooped him out of the 2nd Round of April’s draft.

And finally, Kellen Mond rounded out the list with an 84.8 score. Mond vividly outplayed his main competitor, Sean Mannion, at Las Vegas, as he looked young and up-and-coming while Mannion looked stationary and same-‘ol-same-‘ol. Mond and Mannion have competed for three weeks at QB2, determining which signal-caller will back up Kirk Cousins in 2022. If Sunday was a reasonable indicator — it should be — Mond was the “winner” beyond the shadow of a doubt.

The Vikings take on the San Francisco 49ers this Saturday at U.S. Bank Stadium in preseason game #2.