The Vikings Top Offensive Performers vs. Bears, per PFF 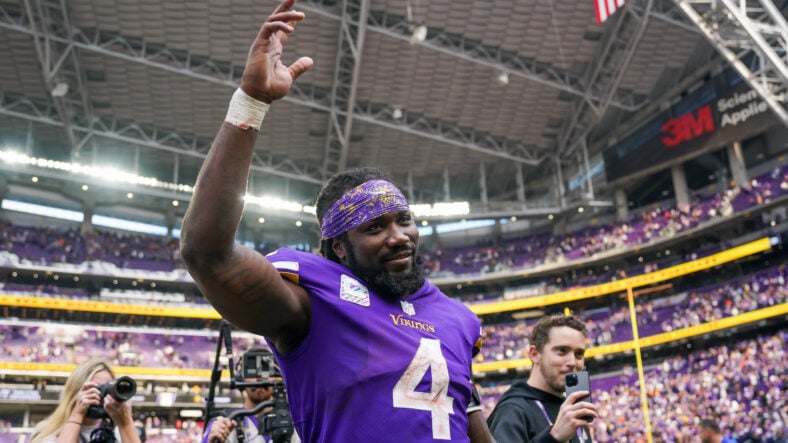 The Minnesota Vikings topped the Chicago Bears in Week 5, 29-22, in another wacky game where the Vikings squandered an 18-point lead but still won.

Minnesota’s offense and defense played poorly in the 3rd Quarter yet again, but when it mattered, the units delivered. The special teams group also encountered its worst showing of the season.

Ultimately, the Vikings survived the Bears, etching a record of 4-1 inside the NFC North, now sitting alone at the top because the Green Bay Packers lost to the New York Giants in London.

Ezra Cleveland produced his best game as a pro, a career spanning three seasons to date. The Bears no longer foster a ferocious pass rush, but Cleveland and his pals, Christian Darrisaw and Brian O’Neill, provided quarterback Kirk Cousins ample time in the pocket for most of Week 5. And that’s probably why Cousins completed 17 passes to start the game, a new Vikings record. Cousins was sacked just once for a 7-yard loss.

Justin Jefferson performed marvelously, slicing and dicing the Bears suspect secondary for 12 receptions and 154 yards on 13 targets. It seems the “new normal” will be for opposing teams to decide if double-covering Jefferson is the best cause of death from Kevin O’Connell’s offense. If those teams prefer it that way, then Adam Thielen and K.J. Osborn should feast accordingly.

But the Bears chose the “soft” approach on Jefferson — and he made them pay. That’s how it goes; the Packers could’ve told the Bears all about it.

The Vikings travel to Miami for a date with the Dolphins in Week 6. Minnesota is an early three-point favorite.