The Vikings Have an Open Roster Spot 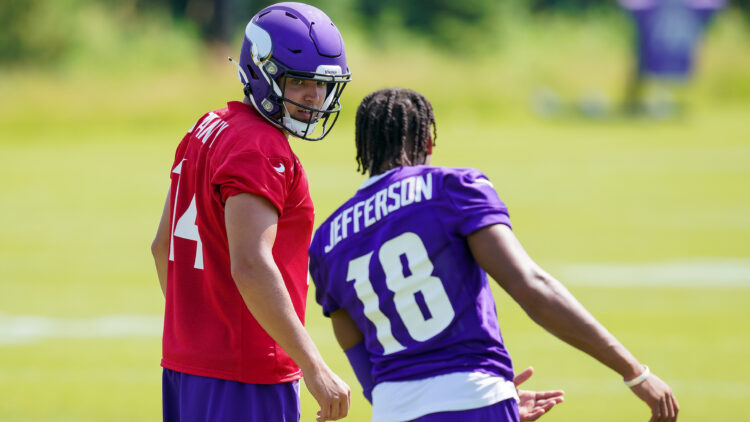 On Tuesday afternoon, the Minnesota Vikings announced that they had waived QB Nate Stanley, five days prior to the start of training camp. Stanley was on the practice squad in 2020 and spent the entirety of the 2021 season on IR.

This leaves the Vikings with just three quarterbacks on the roster with training camp looming: Kirk Cousins, Sean Mannion, and Kellen Mond. Cousins is obviously going to be the starter unless a disastrous injury happens in the coming weeks, but there should be a healthy battle for that QB2 spot. After he was selected in the third round of the 2021 draft, Mond was assumed to be the choice for backup, but that never worked out.

Perhaps part of that had to do with Zimmer preferring veterans over rookies, but undoubtedly Mond’s missed training camp time with Covid had an effect. Now, Mond has to win this QB2 battle in order to get his development back on track.

More importantly than the backup QB battle though, this move right before training camp frees up a roster spot to sign a free agent. The Vikings have over $10 million in effective cap space to work with, per Over the Cap. This ranks 21st in the NFL.

The new roster spot could end up being the host to a number of names. Some would prefer the Vikings use a spot on a receiver like Odell Beckham Jr. As of now, it seems unlikely that this particular move would free up space for the veteran pass catcher solely because he is not expected to return to the field until November. The Vikings won’t learn anything by bringing him into training camp, so why not wait until later in the fall to work him out?

Another name circulating the Vikings realm has been veteran defensive tackle Ndamukong Suh. The three-time All-Pro player and Super Bowl champion has essentially narrowed his list of teams down to the Raiders and Vikings. While it seems like a great fit on paper, I doubt he joins the Vikings over the Raiders at this point.

Finally, Minnesota could use this spot to bring in another pass-catching tight end. Players like Eric Ebron have been floated around. Even a reunion with Kyle Rudolph is a possibility.

Either way, training camp is now just a few days away. If a move is to be made, it will likely happen soon. Buckle up Vikings fans, the offseason isn’t quite over yet. 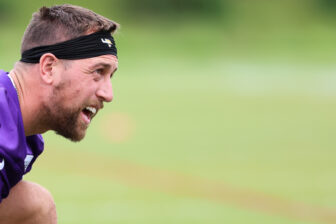